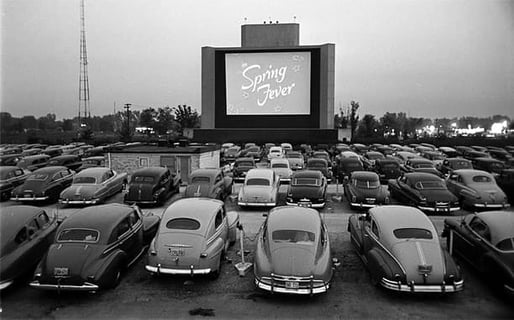 American sex educator, author and artist Betty Dodson once said, “I consider the 70s to be the youth of old age. So all you women out there who are afraid of getting older, just keep your orgasms in place, eat a lot of vegetables, take exercise and you’ll be fine.”

Back in the day, Hollywood portrayed older women in stereotypical rolls — the spinster, the grandma, the crotchety matriarch. Today, the Silver Screen welcomes women in their 50s, 60s, 70s and beyond to play the lead.

For senior women, the movie theater has become a great place to learn about dating, or at the very least to have a good belly laugh.

Here are a few movies that are completely loveable and even a little educational when it comes to finding Mr. Right.

This romantic comedy starring Meryl Streep, Steve Martin and Alec Baldwin is a riot. It follows Jane (Streep), the owner of a successful bakery in Southern California, and Jake (Baldwin), an attorney.

Jane and Jake are a divorced couple with three grown kids who start having an affair, even though Jake is married to the much younger Agness. At the same time, Jane is falling for Adam (Martin), an architect hired to remodel her home.

Another great romantic comedy. “Something’s Gotta Give” features Jack Nicholson (Harry) and Diane Keaton (Erica) — near complete opposites — as they form a friendship and eventually fall in love.

Julian Mercer, a doctor at the local hospital played by Keanu Reeves, also courts Keaton, a successful playwright in her 50s.

Can Harry stop dating younger women and admit to himself that he’s in love with Erica?

Based on Frances Mayes’ 1996 memoir of the same name, “Under the Tuscan Sun” follows Frances Mayes, a recently divorced writer from San Francisco who takes an Italian vacation to try and shake her depression.

She ends up buying a villa in Tuscany and begins her new life with a variety of interesting characters. Will Frances find love again?

One of Stella’s best friends persuades her to take a first-class vacation to Jamaica (a well-deserved and much-needed break), where she falls in love with Winston Shakespeare (Taye Diggs), a handsome islander 20 years younger. Will their love last?

Movies are meant to entertain, enlighten and educate. While there aren’t hundreds of films geared toward senior women and dating, the Silver Screen is becoming more welcoming to senior women playing the object of affection and the sex object.

How Senior Men Can End a First Date with No Sizzle

3 Ways to Dress for a Senior Woman