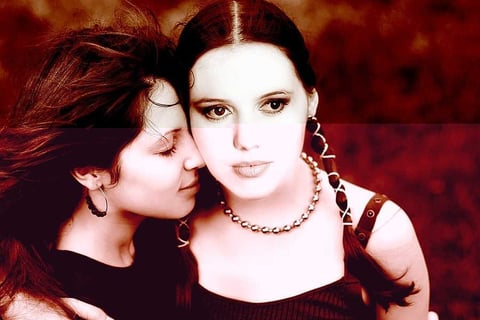 5 Imperative Tips for Bisexual Women Who Want to Date Lesbians

I meet women regularly who describe themselves as bisexual and who want to date lesbians, but they often find it hard to do.

Bisexual women tell me lesbians ignore them or don’t even give them a chance. Is that bi-phobia or just lesbian common sense?

Here are five tips to help you better understand what goes on in a lesbian’s mind when you say you’re interested.

1. Women are softer than men but are harder to date

Get it? Dating women isn’t easy.

If you want easy, date men. Men are simple and only want three things: sex, food and sports. Women are complicated and want about 100 different things to all be present and working.

Women are moody and difficult to understand and date, so don’t expect it to be easy just because you’re a woman who wants to date women. It just isn’t.

2. Lesbians think bisexuals are like late to life lesbians

That means a lesbian is saying to herself, “Oh god, another woman who’s just curious and not serious!”

Women who come out later in life have to spend some time proving they are serious about being lesbian. Lesbians who’ve been out their whole life want to know a woman has had her cherry popped by a woman.

Nobody wants to be the first love of a late to life lesbian who is expecting too much, and no one wants to be a bisexual woman’s experiment.

3. Lesbians want certainty in their lives

Lesbians are probably more this way than others when it comes to putting their hearts on the line. Bisexual women bring a higher level of uncertainty than the average lesbian.

Lesbians think you could just as easily chose a guy (which makes you a lot like late-to-life lesbians), and therefore your intentions are subject to question.

Are you ready to do what it takes to create that feeling of certainty for the lesbian you want to date? That could include everything from swearing off men as friends in your life to becoming attached at the hip to prove your lesbian is the only person you want to be with.

4. Lesbians aren’t attracted to a woman just because she’s a woman

Most women tell me it’s rare for them to meet a woman they are really attracted to and want sexually, so let go of the lesbian myth that says we’ll take anyone with a clitoris between her legs.

Just because you’re a woman doesn’t mean a lesbian will be attracted to you. You’re going to have to do the same work as all of us lesbians to get dates and to find someone who really finds you attractive and vice versa.

And that, my friend, means a lot of getting out there and meeting lots of women until you find chemistry and attraction.

5. Most lesbians are serial monogamists

I know that’s not true, but lots of lesbians don’t. Again, you’re work is cut out for you to be able to convince a lesbian you’re not promiscuous and you won’t run around with guys behind her back, which for most lesbians is the ultimate sin – letting a penis visit your vagina. Ewww!

So here are five tips that can help you better understand the lay of lesbian land and the hurdles you’ll be navigating on your way to finding lesbian love.

There are no guarantees in life, but I do know when lesbian love happens, it’s the best kind I’ve ever known. Good luck!