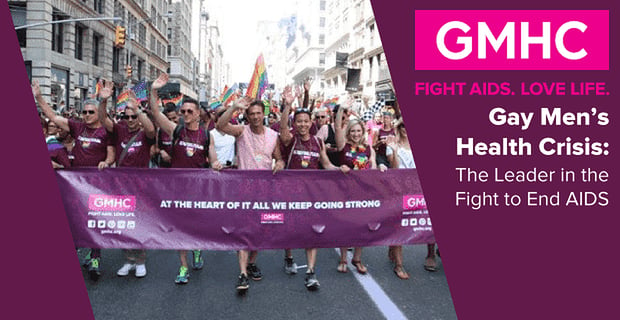 Gay Men’s Health Crisis: The Leader in the Fight to End AIDS

The 411: Not only is Gay Men’s Health Crisis the nation’s first provider of HIV/AIDS care and prevention services, but it has also been THE leader in the field for 33 years, continuing the fight to find a cure and help those affected still have fulfilling lives.

Serving more than 9,000 men, women and families living with HIV and AIDS around the world, particularly in New York City, Gay Men’s Health Crisis is an organization that provides the expert services that every person affected by the epidemic truly deserves.

Gay Men’s Health Crisis has been fighting HIV and AIDS for more than 30 years.

“We’re on the front lines caring for people who are both HIV negative and positive, including testing, nutrition, legal services, mental health and education programs,” said Krishna Stone, GMHC’s Assistant Director of Community Relations and Communications and Marketing.

Stone was kind enough to share with us GMHC’s important advocacy work at the local, state and national level, the team’s proudest accomplishments and their ultimate goal to end AIDS in New York state by 2020.

Innovation at its best

Even after 33 years, GMHC is still expanding and launching first-of-its-kind programs, campaigns, educational materials and more.

“Our services are very comprehensive,” Stone said. “We have launched what I would consider cutting-edge campaigns for prevention specially targeting women, women of color, young gay men of color.

But GMHC doesn’t do it on their own.

“We’re all in this together, and there’s so much more work to do,” she said. “Most recently GMHC and other AIDS service organizations specially persuaded the U.S. government to recommend widespread use of Pre-Exposure Prophylaxis, which is PrEP, a new daily treatment that is more than 90 percent effective in preventing HIV infections.”

GMHC’s biggest project right now is to end AIDS in New York state by 2020 with the help of a task force developed last year by New York Governor Andrew Cuomo.

“We work with people who have very complex lives … and with the team effort, they’re able to move forward.”

“We are very committed to working to end AIDS in New York state below epidemic levels, which would mean below about 750 new HIV infections,” Stone said.

What keeps GMHC driven to achieving that goal is feedback from everyday clients, those who are HIV positive or negative and who had given up on life before receiving help from this wonderful organization.

“We work with people who have very complex lives with multiple crisis that they’re experiencing, and with the team effort, they’re able to move forward with their lives. They’re able to now have steady and safe housing, as well as work or volunteer, and their health is good,” she said. “I think GMHC’s impact is longstanding and consistent and very powerful.”

To join the fight against HIV and AIDS, visit www.gmhc.org. Stone also encourages people to sign up for or donate to the 30th AIDS Walk New York on May 17. For more information, go to ny.aidswalk.net.