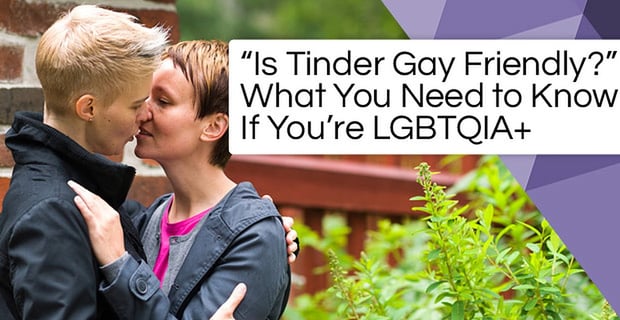 “Is Tinder Gay Friendly?” What You Need to Know If You’re LGBTQIA+

Tinder — the popular dating app for the young, hot, and tech-savvy single — has made over 30 billion matches since it launched in 2012. But is Tinder gay friendly (or lesbian, bisexual, trans, and queer friendly, for that matter)? Our dating experts took a look at Tinder through rainbow-colored glasses, and this is what we found out.

Tinder Is Gay Friendly Only in the Strictest Terms

It’s no secret that Tinder’s gay friendliness has regularly been called into question by users, but even Tinder CEO Sean Rad has admitted, “The product works for the gay community, but we need to do a better job of sort of calling it out.”

By “works for the gay community,” perhaps Rad means it is technically possible to find the same-sex love of your life through this latest iteration of the hot-or-not game. The app does allow users to identify as male or female and then indicate interest in male, female, or male and female. So in the strictest sense, sure, Tinder is gay, lesbian, and bisexual friendly (assuming you’re cisgender — more on that below).

Tinder has tools (but perhaps not the capacity) to help gay singles find dates.

However, a plethora of anecdotal evidence suggests that — whether owing to app glitches, user error (or intentional creepiness), or the relatively small LGBTQIA+ userbase — Tinder will show you people outside of your selected preference with aggravating frequency.

Spoiler alert: I skipped Tinder altogether and met my wife on Match.com, but if you really want to get the low-down on Tinder, read on.

What Tinder does have going for it, lady love-wise, is that because it pulls profile information from Facebook (without advertising your every dating move), you can see friends you have in common — often a big comfort factor for women whether straight, lesbian, or bi.

But for lesbians who aren’t super excited about random men popping up on their screens, Tinder is almost guaranteed to annoy. And while some ladies enjoy a challenge, most lesbians looking for love don’t appreciate Tinder suggesting straight women to them, either.

Gay men also run into this issue of ill-fitting matches — though maybe less often, perhaps owing to the growing number of “not gay” men looking for gay sex.

But what about trans, queer, and non-binary people? Tinder almost literally gives no f*cks.

To be sure, Tinder creates more than an inconvenience for TQIA+ users — it can create demeaning and even dangerous interactions. Because of the app’s paucity of gender identity settings, trans users, for example, are forced to decide whether and when to disclose their trans identity — a potentially scary situation that could be avoided if Tinder allowed for people to select who they actually are (and who they do and don’t want to see) in the first place.

So, is Tinder gay friendly? We give it a resoundingly lukewarm maybe.

And if it’s not exactly love you’re looking for, you can always brave the real world and meet people at the gym, grocery store, or farmers market. 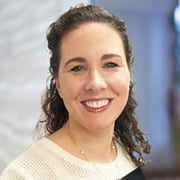 Tamára Lunardo is a Contributing Editor at DatingAdvice.com. A former co-host of "The Wednesday Nooner" sex podcast and public speaker on women’s and LGBTQ issues, Tamára is known for her humorous and forthright approach to personal topics, and her writing has appeared in relationship-focused publications including "Catalyst Wedding Magazine" and the book "What a Woman Is Worth." She brings her unique perspective to her work for DatingAdvice.com, parlaying over a decade of experience as a professional writer and editor to develop authoritative articles with the public’s interests in mind.

Why Tinder Will Destroy Your Confidence