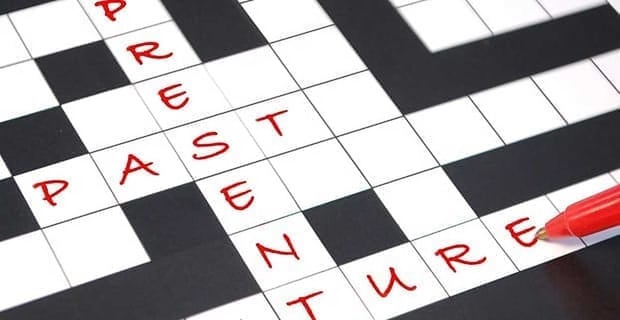 It’s rare to find a gay virgin over 21. So with that in mind, the likelihood is the guy you’re whispering sweet nothings to has heard those words before. If this has you clutching your pearls, just think back to your very own dating past.

We’ve all more than likely been around the block a few times. Some of us will have taken a gentle stroll, and others will have clocked up more mileage than a NYC taxi cab.

In my single days, I unashamedly dated with relish and passion. When I moved to a new city, with a newly acquired single status, I wanted to meet new people, and for the first three months, I went on 90 first dates.

Some became good friends, some became acquaintances, a few became lovers, and one emerged as a boyfriend (although he fizzled out after a few months).

My husband also has a similar history. Even at our wedding some previous dates and boyfriends were there to celebrate our union.

Letting a new boyfriend know about your dating past should be done with care and consideration. Scrolling through Grindr listings, having his Facebook friends say “had him,” or giving yourself marks out of 10 is not an endearing way of letting him know.

The danger is your current boyfriend will feel insecure or threatened in the relationship he has with you.

“If you didn’t have that history, you

wouldn’t be the person you are now.”

A few tips for disclosure:

If there is no particular reason, purpose or need, then don’t bother discussing the specifics of your past.

Do not go on and on about how wronged you were by an ex.

The more you talk about an ex, the more you risk coming across vindictive and nasty, and your current boyfriend will worry you are constantly comparing him to your ex.

If you don’t want to go somewhere because you’re worried an ex will be there and how it will make you feel or the reaction of you being there will cause, then that is the time to discuss the situation.

Do you need to tell your boyfriend?

No, not at all. If you have someone in your social group who’s been a past boyfriend, then it is important, as is if you realize your dating histories have crossed over with the same guy (this is more common than you think).

When do you disclose your dating past?

There are no fixed rules, but there are mistakes gay men make. Being considerate is important. My husband knows I have a dating history and I know he has a dating history, but neither of us have gone through every single one.

I couldn’t put a figure on it nor name every single one, and I doubt he could either. What is important is you are together. Your history makes you who you are today and makes the relationship you are in work.

If you didn’t have that experience or history, you wouldn’t be the person you are now, which is the person he’s dating.

It was succinctly put in the movie “Four Weddings and a Funeral,” when one of the characters was asked how many partners she’d had. She came back with “more than Princess Diana but less than Madonna.”

It’s a great line, and it says enough without having to go into all the gory details.

5 Obvious Signs That He’s Not Over His Ex

Should I Get Back with My Ex?