Do you ever get that sick feeling when you start doubting your relationship — new or old? The obvious solution is to start looking for changes in her behavior, but behaviors can change for all kinds of reasons.

Looking for a date who’ll show interest in you? Test out Match.com for free today — it’s our experts’ top pick!

Here are 10 specific changes to watch out for that can tell you this person is definitely losing interest in you.

Are you finding yourself waiting longer for her response? Are you being ignored completely?

It doesn’t take long at all to text someone. If she isn’t thinking of you for the 30 seconds it takes to text, there is usually a reason.

She starts cancelling dates, with or without excuses, or she cut a few dates short. It’s clear she doesn’t want to spend much time with you.

3. Seeing each other less and less

You were seeing each other a few times a week. Then it dwindled to twice a week. Now it’s once a week if you’re lucky.

4. Avoids making plans with you

First, it’s seeing each other less and cancelling dates. Now she isn’t even attempting to make any more plans to see you. “We’ll see” and “I’ll call/text you” are common brush-offs, often given in lieu of an actual yes or no.

“Don’t try to hang on to

someone who doesn’t want you.”

5. She doesn’t notice your changes

She hasn’t noticed your new haircut. She didn’t notice that you moved around your furniture or that you got a new phone. She isn’t paying attention because she isn’t very interested.

When you try to talk about these behaviors with her, she acts defensive, taking everything as an accusation, which she usually then turns around on you. Be careful and do not get taken in by this!

She looks for excuses to fight. She often tries to make you mad at her. This is a way to manipulate the situation to go the way she wants it to go without having to be the bad one.

8. Preoccupied with other things while with you

Your “dates” are turning into occasions where you watch her mess with her phone. Consistent texting with someone else while on a date with you is a REALLY bad sign!

She turned into a bully, picking on you about your personality or your looks. Playful teasing is wonderful, but she started to take things too far, not even stopping after you’ve expressed your hurt.

10. She talks of future plans that don’t include you

She started talking about career changes or moving, not considering you or where you’ll be in the equation. It’s because you aren’t part of her plan.

If you notice these changes, you have two choices: rekindle the flame or bow out gracefully. Don’t try to hang on to someone who doesn’t want you! 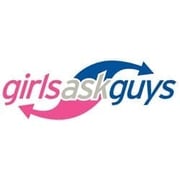 GirlsAskGuys.com, a social Q-and-A platform supporting a global community around gender communication, is the number one website dedicated to topics about the behavior of men and women. Members share their opinions and life experiences to help better understand each other on topics ranging from dating and relationships to fashion and health.