Approaching women on a regular basis is the first key step to dating success as a man. Unfortunately, it’s not enough to approach women.

If you want good results, you also need to do it in a particular way. Your mindset and your behavior have to be in the right place.

Most guys fail miserably when they approach women because they make three big mistakes. I’d like to show you what these mistakes are so you can avoid them.

1. Believing they need to do something special.

When a guy sees a girl he’s interested in and he considers talking to her, he thinks he must do something out of the ordinary when approaching her.

So he tries to come up with something very clever or funny or interesting to say or do when approaching her.

The problem is, in trying to be unique, he will typically come off as cheesy and trying too hard.

He will seem like a clown or desperate rather than a confident, socially adjusted guy.

The truth is you don’t need to do something special when you walk up to a girl and talk to her. Just be normal. Say hi, smile, introduce yourself, ask her name and make your way into a normal conversation.

Don’t fall into the trap of believing you have to sweep her off her feet from the get-go. You have plenty of time to impress her as the conversation moves forward.

For starters, your task is to be casual, friendly and not freak her out.

2. Waiting too much before approaching.

The more you wait to approach a woman, the more anxiety will build up in your body.

Your mind will start to come up with all these ways your approach may go wrong, and you’ll swiftly begin to second guess yourself.

You’ll either scare yourself so much you won’t make the approach in the first place, or if you make it, you’ll do it in a very clumsy way due to your nervousness.

This is why I advise you to approach women fast. The moment you see a girl you like and you know you want to talk to her, go directly to her and start a conversation.

Don’t wait more than a few seconds at most. Spontaneity is your ally in social settings.

3. Complimenting her too much.

Women like receiving compliments. Nevertheless, when you compliment a woman too much, too fast, it conveys neediness, which is the least attractive trait in a man.

It’s like you decided this woman is perfect for you and you want her to be your wife without having gotten to know anything about her beyond her psychical appearance.

Only needy men do that. Men who are used to women liking them do not fall head over heels over a woman just because she looks hot.

Sure, that might trigger their initial interest to talk to her, but they want to get to know her better before making up their mind about her.

As a result, they don’t bombard a woman with compliments as soon as they meet her. They take their time and compliment her steadily as she reveals herself.

Take the same approach when you approach women, and you’ll see impressive results.

Avoid all three of these big mistakes, and you’ll be running circles around most other men. 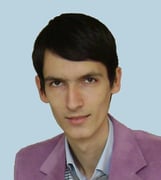 Connect with Eduard on Google+.

How to Seduce a Woman — (5 Tips, Online or Offline)

The Best Pickup Line and Why You Should Learn It

6 Ways to Improve Your Day Game