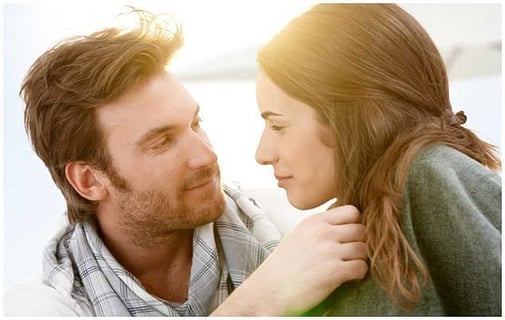 I was born in a small Scottish mining village in 1950, where chatting up women was accepted, gays were called queers, pedophiles were called dirty old men and if you did not subscribe to highly prejudicial views, you risked being labelled as queer yourself or, at the very least, odd.

Fortunately, as an only child whose mother and father doted on me and instilled in me the values they held most dear, starting with “do unto others what you would have them do unto you,” I managed to avoid the prejudices of some of my peers.

The other thing my mother and father taught me was about relationships. You see, theirs was an equal partnership, and as they loved me to bits, so too did they love one another.

When they both died much too young at 48 years old, the most precious legacy they left me was to treat all people, regardless of gender, race, sexual orientation, religion or any other labels you can think of, as equal.

Chatting up women was de rigeuer. This expression belies some men’s attitudes toward women, and although nowadays it’s probably not considered to be politically correct, it still rears its ugly head in its modern-day incarnation of “seducing women.”

In fact, there are millions of books and articles from so-called dating experts with tips on how to seduce women. Just do a search on Google for the expression “how to seduce women” and you’ll find 11,400,000+ results, so clearly male chauvinism is still alive and well.

I can’t help thinking it’s about time that women are treated as equals instead of sex objects.

My quest for gender equality starts today with seven genuine ways to attract women in the hope that men who are intent on seducing women will see the error of their ways and repent, or at least relent, from viewing women as sex objects.

I invite all men to join me in my quest.

Who doesn’t appreciate sensitivity? This means being sensitive to a woman’s needs.

To be sensitive to a woman’s needs means finding out what she is all about in the first place.

Do you watch the “Millionaire Matchmaker”?

How many times have you witnessed a man choose an activity that his date is not vaguely interested in or even worse is afraid of, including the guy who took his date for a ride on his private plane despite the fact that she hated flying or the photographer who a organized a photo shoot for the first date?

Do you get the picture?

Of course, to be sensitive to a woman’s needs means finding out what she is all about in the first place by asking questions and listening to her answers — clearly this is alien to many millionaires on this program, or maybe they simply believe it’s money that matters in the USA.

Having and showing good manners and being polite is what being courteous is all about.

This applies to opening doors for women, allowing them to enter first and, of course, having good table manners, which are of the essence if you want your date to enjoy having dinner with you and to agree to a second date!

You must resist the temptation to be better than you actually are by lying.

It is also about not claiming to be 25 years old when you’re actually 40 years old and adding a current picture of yourself to your dating profile, not one that was taken 10 years ago or one of someone other than you.

You don’t believe that people would do such a thing? Well, I know they do because I know a poor women who on meeting a man for a first date didn’t recognize him.

She discovered the picture he used on his online dating profile was that of his son, and to add insult to injury, said gentleman was disappointed when she refused him a second date!

Well, as they say in Yorkshire, “There’s nowt as queer as folk!”

Being honest also applies to who you are as a person and your values. There’s no point in, for example, saying you are a devout Christian when you’re an Atheist just to curry favor with someone who’s a Christian. In the end, the truth will out, she’ll not trust you and bang goes that start of what might have been a great relationship.

Remember you have two ears and one mouth, so you really should listen twice as much as you talk. Going through the motions won’t cut it — you need to be genuinely interested in what a woman has to say and really listen, not just pretend to listen.

How do you let her know you’ve really been listening? Well, it helps if you comment and ask questions about what she says and, by doing so, build a rapport.

Asking for her opinion also helps.

You need to expose yourself to being hurt by making yourself vulnerable.

So what does being tender actually mean? In the Islay Brothers “You’ve Lost That Loving Feeling,” the second line of the song says, “And there’s no tenderness like before in your fingertips”.

I believe all human beings know intuitively if gestures are heartfelt or contrived.

The upshot of this is that whatever you say and do needs to come straight from the heart, and you need to expose yourself to the danger of being hurt by making yourself vulnerable or, in other words, by being open-hearted.

Once when I took someone out for dinner, she reached across the table and caressed my face — the feeling was electric! Why? Because I sensed it came straight from her heart!

There’s nothing quite like compliments when it comes to making yourself attractive to women. However, be aware this will backfire on you if these compliments are not genuine.

Always look for qualities you can praise. The acid test for whether it’s a compliment or just flattery? Compliments come from the heart, whereas flattery originates in the brain! Compliments have no personal gain in view, whereas there’s always a motive for flattery.

So don’t be afraid to tell someone when you notice something about them that you like, whether that’s to do with their appearance or behavior.

Some of the most respected and admired people on earth share one amazing attribute: humility.

Let people like Nelson Mandela, Mother Theresa and Mahatma Gandhi be your role models, and throw away your ego today! I can assure you your attractiveness will increase tenfold by doing this.

I hope this article has shown that the phrase “seducing women” has no place in the vocabulary of a modern society where gender equality is a given, nor in the minds of those pathetic men who view it as some kind of mating game.

Derek Collinson is a business consultant and internet entrepreneur who loves animals. He's the founder of www.doglover.biz, the first dating site in the world for people who love dogs and want to share their lives with like-minded people. He created www.howdoidate.com in March, 2013 to provide dating and relationship advice from qualified people to enable others to find love and build fulfilling relationships based on mutual respect, understanding and nurture.

6 Ways to Improve Your Day Game

How to Ask a Girl If She Has a Boyfriend