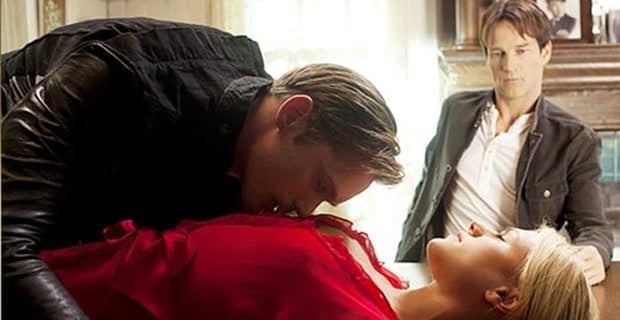 Need someone for hotwifing and cuckolding? Give BeNaughty.com’s free trial a go. It’s our experts’ #1 choice for sensual fun.

Hotwifing Isn’t About Humiliation, While Cuckolding Can Be

Here are some common fantasies held by men in hotwifing and cuckolding arrangements:

“This fantasy is probably one of

the most common out there.”

Why Are Men Turned On By This?

Some people see these relationships as unhealthy for both men and women. Doesn’t that run counter to the messages we receive about male ownership, patriarchy, and paternity?

Thus, this theory suggests males would actually want to have sex with a female who has just had sex with other males in order to give their sperm a chance at impregnating her.

Another theory, proposed by Dan Savage, suggests this turn-on is actually the fear of cheating becoming eroticized.

Consider That You’re Not Alone

Most of the new readers to my blog have arrived there because they were searching for things like “hotwifing,” “hotwife lifestyle” and “hotwife,” and my most popular posts are those on the subject.

Subreddits formed around the topic are flooded with conversation. Fetlife groups that cater to the community are huge.

I think it’s taboo for men to admit they are turned on thinking about their girlfriends or wives having sex with someone else. Common worries, fears and questions I have heard include, “Does it mean they are less of a man? Or they have penis envy? Or they are gay?”

Breaking down those fears means breaking down cultural messages and assumptions related to gender identity, sexual orientation and patriarchy.

Similarly, it may be difficult for women to understand a male partner’s fascination with hotwifing or cuckolding, especially if she adheres to messages related to monogamy.

In any case, if you are turned on thinking about a partner of yours getting it on with another guy, please know you are not alone!

I think this fantasy and turn-on is probably one of the most common out there, and it is possible to explore it safely (emotionally, physically, sexually) both in your imagination and with a willing partner. You just have to communicate your needs and let go of your inhibitions.

Katie B. has a MPH in health promotion and has plans to complete a master's degree in marriage and family therapy. You can read more about Katie B's journey in an open relationship at sexualityreclaimed.com.