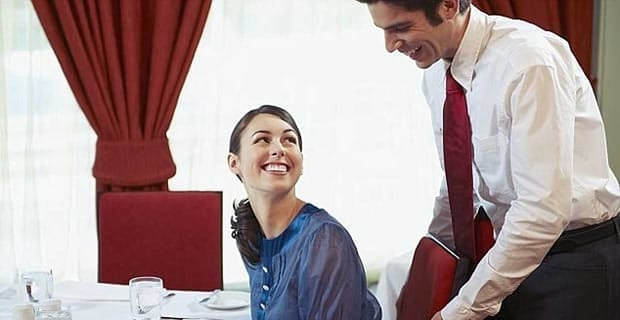 The other weekend I traveled from Florida to Chicago for a short vacation. For some reason, I wasn’t able to choose my seat in the airplane while booking my ticket, so I got stuck with the best seat on the plane: middle in the last row.

I was between two men who were both at least 15 years older than me.

Immediately they both started chit-chatting. I’m usually a chatty Kathy, but I really needed to write a few articles and was going to utilize the two and a half hour plane ride to get some work done.

Once the man sitting to the left found out what I did for a living, that I’m a certified dating coach and author of four books, the questions started to spill out with no stop in sight.

I decided to just enjoy the conversation and relax. At first the discussion and his sense of humor was cheeky, but then it turned to boarder line harassment once he got some vodka flowing in his bloodstream.

He was trying to guess how old I was. I have good genes and most cannot guess my exact age. He thought I was a late 20-something (I’m actually 36) and I guessed his exact age, which was 48.

He then responds with, “I’m actually better at guessing bra size. Hmm…36 C.”

I was totally appalled.

How does a 48-year-old man think its OK to guess a stranger’s bra size?! If I was in a bar, I would call him a creep and walk away. However, I was stuck on a plane next to him for another hour.

I responded with an irritated, “You’re wrong.”

He responds with an even more rude response, “Gee you must really have those stuffed in there well!”

How does a woman respond to that?

I wanted to say, “Well, I’d like to stuff your head into the overhead compartment.” Instead, I took out my earbuds and turned on my iPod to drown out his babbling and get the rest of the now uncomfortable plane ride over with.

I wish that experience would have been my last of bad manners during my short trip of what was supposed to be relaxing, but when I traveled home, I had another.

My flight flew in very late to Tampa and with a delayed layover, I didn’t arrive into Florida until almost 1 a.m. Monday. I had parked in the economy lot and had to take the shuttle over to the lot.

I grabbed my suitcase, walked outside and was the first in line for the bus. Others filtered behind me and we waited. After about five minutes, the shuttle bus arrived and parked with the door right in front of me.

The driver opened the door and as I leaned over to grab my suitcase to walk onto the stairs, an older man ran in front of me, pushed me out of the way and ran up into the bus to grab the first seat.

“I want to start the revolution

of bringing the gentlemen back.”

Once again, I was completely appalled.

I stood there with my mouth open, speechless. This man looked at least 65 – maybe older.

I don’t know if he thought it was age before beauty or the bus was going to leave him, but when is it ever proper to push a woman out of the way?

I walked onto the bus after him, gave him the evil eye and sat down a few seats away. I don’t know what his rush was, but we were still getting to the same place at the same time. Shoving me to the side didn’t save him any time.

I would have given him a lesson on manners, but at 1 a.m. I was way too tired from traveling.

Sitting there half asleep on the way to my car, I didn’t know which situation I was more bewildered by: a man who I’ve only know for a few minutes talking about my breasts or one who physically shoved me.

What ever happened to manners, to men treating women as ladies and opening doors for them, not pushing them to the side so they can go first? What happened to the gentlemen? Where have they gone?

I would really like to know because they seem few and far between in this era.

I grew up in the Midwest and I was used to morals, values and manners. We sent thank you cards. We were raised saying please and thank you, opening doors and pulling out chairs.

I just don’t understand where all that went. I love it when a man treats me like a lady and does all the proper things. Maybe I’m just old fashioned, but I know I’m a great woman who is worthy of being treated like one.

And, of course, we all need to treat others as we wish to be treated. It’s amazing when you go out of your way to help a stranger and how it ripples in effect just from doing small things.

I want to start a revolution, the revolution of bringing the gentlemen back.

Tara is a certified dating coach, author of the “Dating Jungle” book series and Tampa Bay’s Business Woman of the Year finalist. She’s been featured on CNN, ABC, Daytime TV and FOX. You can see more of Tara on www.datingjunglebook.com.