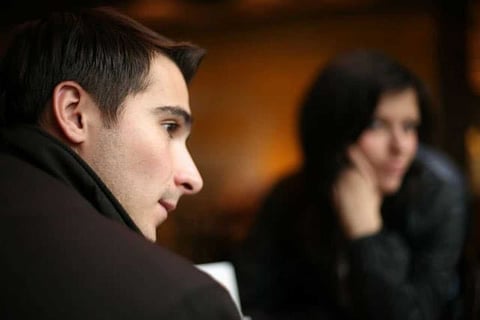 We all have our “type”. Most of us can walk into a room filled with nice, well-dressed, educated, professional, open-minded people and almost immediately, after scanning the perimeter, see the ones we’re closely drawn to.

Perhaps it’s the chatty blonde in the corner holding a martini, the olive-skinned brunette with great curves, the short Jewish princess dominating the room with her witty intellect and pearly grin, or the one who, according to your libido meter, is average-looking but subtly throws you a stare and smiles.

Maybe you dismiss her because she doesn’t give you that instant spark you crave, but if you’d only dig a bit deeper, you just might find the woman of your dreams.

That said, it’s doubtful that you’ll ever be attracted to someone you don’t find physically appealing at all, but if there’s a spark, just a glimmer, and she holds other qualities you love, your attraction can develop over time.

Being attracted to someone is a fickle beast

Most of us either feel that adrenaline rush instantly or we don’t. If not, we usually seek it elsewhere without giving a real prize a second look, throwing away our chance at love just because we carelessly don’t give it more effort.

What am I talking about? Let’s dive a bit deeper.

There are just certain people we’ll never be attracted to no matter how hard we try.

Again, I think everyone reading this can testify that there are just certain people we’ll never be attracted to no matter how hard we try. Perhaps it’s something about their physical or facial structure, body language, facial expressions, the curve of their lips, the pitch of their voice or the loudness and arrogance of their personality.

Whenever we encounter someone for the first time, our psyche and heart begin a very complex scan. Usually within a split second, we know if an attraction is there.

We can’t turn off this intricate machine. It’s just something God-given inside us all.

But what about those meeting our emotional needs more than our physical ones?

Can we actually learn to be attracted to them?

I’m a constant student of psychology, and I read an interesting article lately. It said one of the biggest mistakes people make when dating is to only going after those at the top of their “attraction spectrum,” which is a sliding scale of one to 10.

When they first approach a “10″, they jump in head first because their knees are weakened, their heart is jump-started and their inner longing is triggered.

They’re also the ones most likely making them insecure, uncomfortable and awkward, therefore explaining why they get nervous and tongue-tied while approaching them. People seek them out because they think that’s where the passion and real love lies.

But more times than not, relationships with them don’t last because they’re so excited by their physical appeal that they’re blind to the negative layers beneath the surface.

Then walks in a mid-level candidate, a four to six. Now this person, at first, doesn’t really rev them up physically, but after time and given the chance, those small sparks of attraction can grow once they appreciate their other traits that meet their needs.

Here’s a major point to be made

Strong attraction is at its healthiest when it’s nurtured and grown from a level playing field.

Perhaps when a woman met you, she wasn’t exactly salivating with desire either. She put you off before committing to a date, but since both of you were willing to give it a shot, to develop an emotional connection and allow other qualities to be seen and appreciated, the physical intimacy grew steadily, leading to pure love.

Learning to be attracted to someone, when you think about it, is really based on a small percentage of what we see rather than what we actually need

Attraction is at its healthiest when it’s grown from a level playing field.

It’s so much more than how they wear their hair, appear poolside or look in a black dress with pearls. It’s all about how they make us feel when we’re around them.

Do they appreciate, respect and support us? Are they really there when we need them? Do they have many of the same interests and goals that we do? Are they tolerant of our quirks and bad habits? And are they willing to work through the many challenges likely faced over time?

If the answer is yes, watch your attraction, and desire, surge to new levels.

The Car DOES Make the Man

Attract the One by Being the One

How Can a Man Look Good on a Date? 5 Quick Steps