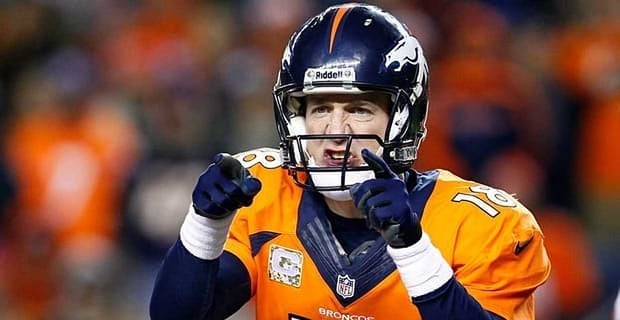 Yet people will criticize him and say if he didn’t defeat the Patriots (which he did), his legacy would be tainted.

How that will change his legacy? If he doesn’t beat the Seahawks, how will that make people perceive him in history? Will he choke before the big game?

Peyton Manning is so good at preparing for everything he does that if he loses, it has nothing to do with his preparation.

He was just outplayed, and sometimes in life that happens. The defensive back read his throw and was there at the right time so he throws an interception.

Peyton Manning should be a role model for your social life.

How prepared are you to go out there and meet women on a daily basis?

How much work do you actually do before you go out on a Friday night, or do you just go out cold?

They’re trying to think of what to say. They’re waiting for the right minute to talk to somebody. Then they go home frustrated and annoyed at the end of the night without connecting with a single woman.

Men who go out every single day and flirt with women and talk to women are comfortable by the time Friday night rolls around.

They’ve already been speaking to women all week, so they have no problem walking over to any hot woman in the bar on a Friday night when game time comes.

“If you’re not doing the preparation,

you’re going to be awful on game night.”

That’s what life’s about.

If you’re not doing the preparation during the week, you’re going to be awful on game night.

Think about Peyton Manning. He’s been playing in the NFL for 15 years or so. He practices every single week, even though he could probably just show up at this point in his career.

But he gets into the flow of the practice, and each week is a different practice session for a different team and a different game plan.