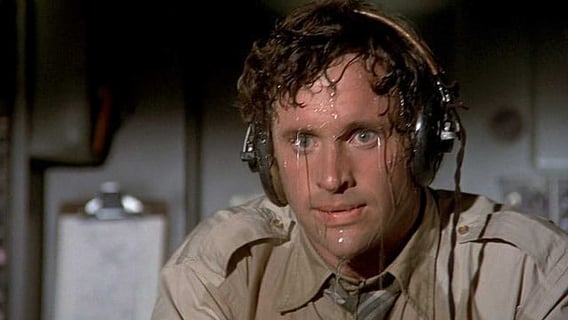 5 Ways To Deal With First-Date Nerves

You’re sitting at the table staring at your phone. Among the flurry of thoughts running through your head about the outfit you chose and the fear she might not show up is one common undercurrent of all first dates: “How do I get rid of these nerves?”

If this is you, don’t worry — you’re not alone. The first date can be a nerve-racking experience for everyone.

Here’s how you cope with first-date jitters in five steps:

1. Find The Real Cause

When your mind goes blank and your palms start to sweat as she waits politely for you to come up with something interesting to talk about, it can feel like the first-date nerves are to blame.

The easy way out is to sit there complaining to yourself about how you’re normally fun and cool and suave, and if you didn’t have these nerves, then she’d be all over you by now. But the easy way is not necessarily the right way.

It’s not the nerves. It’s you, specifically how you’re dealing with your nerves.

You’re trying to pretend to be cool and confident, and that takes your focus away from what the beautiful woman in front of you is saying and doing.

As you’re focusing on what she might be thinking of you rather than what she’s saying, you miss everything she’s giving you — all the avenues, all the opportunities, all the possible tangents you could take the conversation on while you try to subtly adjust your body language to look more Alpha.

That’s why you’re going home alone after suffering through another, “Well, I had a fun time. Thanks,” and a polite handshake as you drop her off at her door.

Now that you know it’s the fact that you’re trying to hide your nervousness that’s causing you all the problems, it’s time to deal with it.

And how do you do that? You own your nervousness.

You stop trying to hide it, you stop pretending it doesn’t exist and you wear it as a badge of honor like a man. You stand strong and proud and look yourself in the mirror while you say to yourself, “Yes, I am nervous.”

After all, if you were going on a first date and didn’t get nervous, something would have to be seriously wrong.

You’d either be emotionally dead inside or dating someone you just aren’t attracted to. Neither of which is a great situation to be in.

Now that you know it’s the fact that you’re trying to hide your nerves that’s causing you issues, it’s time to own it. Take full responsibility for how you feel and don’t try and hide it — from anyone.

Now that you’ve taken ownership of your nerves, the next step is to share it with the world. Yes, the world.

Don’t worry, you don’t need to broadcast it on YouTube or launch a press release through your local paper, but don’t hold it back to anyone who asks.

Talk about what you’re going through. Talk about how you feel. Don’t put up some false facade and act like you’re some kind of superhero. Tell it like it is.

And, most importantly, when your date turns up, tell her as well. When you do, one of three things will happen:

Whichever one happens, they’re all positive.

If she says, “Me too!”, you can laugh about it, talk about it, share about it and move on.

If she says “You don’t have to be!”, tell her you do have to be because you don’t date people who don’t make you nervous, and tell her you hope she’s nervous as well.

If she gives you a condescending look and changes the topic, you’ll know straight away this is a woman who’ll never accept you for who you are. This isn’t a woman you want in your life and you won’t have to spend three hours and $100 to find out.

Whatever happens, you win.

Now that you’ve called it out and everyone knows what the score is, have fun with it. Play with it. Create inside jokes with it.

If she does something awkward, tell her it’s good because it’s calming your nerves. Use it as a running commentary throughout the night to score her on how well she’s doing.

Of course, you should only be doing this in a playful, fun way, but as I’m guessing you’re not a manipulative jerk, you knew that anyway.

If you do it in the right way, you’ll have a inside joke you can come back to throughout your date and subsequent dates as you get to know each other and play with the energy between you two.

5. Focus Back On What’s Important

Now that you don’t have to hide your nerves and pretend you’re some kind of macho hero, you can stop devoting all your focus and attention on maintaining your false façade and direct it back to what’s really important: her.

Listen to her, share with her, play with her, laugh with her.

Get to know her and figure out if she’s the kind of person you want in your life.

Take all that wasted energy and channel it into finding the kind of person you really want to connect with.

Just To Wrap It All Up…

Yes, you get nervous before a first date, but that’s OK.

Those nerves aren’t the source of your problems. Trying to hide them is.

When you try to cover over the fact that you’re attracted to her, you run out of things to say, you fumble and stumble, and get caught in your head trying to be someone you’re not.

The solution to dealing with all the problems you’ve associated with first date nerves isn’t to get rid of them — it’s to just allow them to be there and get back to paying attention to the one thing that really matters: her.

Leigh started the Attraction Institute in 2006 after being dissatisfied with the "fake it till you make it" approach to dating taught by other dating schools. Since then, he's helped more than 1 million guys become strong, confident and naturally attractive men.