In the last few years, “Mad Men” has been the inspiration for players everywhere.

Men have modeled themselves after leading man Don Draper, famous for knocking boots with pretty much every female character introduced on the show.

She can be pretty, plain, old or young — Don Draper is on the case. And he seals the deal every time.

But fellas, Don is not the one you want to be imitating, not at all. You want to be like Roger Sterling — the silver fox who headed up the original Sterling Cooper Agency.

He’s the real role model for television fans looking for techniques on how to get together with ladies. His techniques are often contrary to what Don Draper does, which explains how they work so well.

Don Draper goes for women at their most vulnerable. His established type is young women, often at a crossroads in their life or a moment of need. He swoops in, satisfies that need and receives thanks in the form of sex.

This never ends peacefully, but Don usually ends up getting laid.

Roger has a different and rather progressive approach to seduction: Choose the woman who doesn’t need you to be happy in life.

Sure, it’ll take time. It will take patience. But at the end of the day, you’ll have a date with someone who won’t fall apart after you leave the next day. There’s a higher chance you’ll end up respecting each other, too.

2. Don is always on the chase. Roger chooses dignity.

Roger is a dedicated man, but he’s willing to give up the chase if it’s a choice between getting laid and being respected.

He was young Sally Draper’s “date” in an episode to an exclusive event, despite the fact it may have made him look ridiculous to everyone else. But he felt it was the right thing to do. It would make Sally feel special.

As a result, he ended up getting a very special surprise from one of the adult ladies present at the party – in the hallway, no less.

Everyone has a moment where they have to choose between flirting with someone and doing something good for someone else. This can take the form of driving a friend home, helping to bartend at a party or even helping to mop up a drunk person.

Don Draper would tell them to take off because he’s busy, but Don constantly plays the short game. Roger helps that drunk guy clean up and drives that lady home.

He does it not only because it likely helps him sleep at night, but because a solid reputation is worth more than all the nice suits in the world.

Being a nice guy will only get you so far. Being the decent guy will take you anywhere you want.

3. Get a truthful wingman.

There’s one thing Don Draper is great at and that’s being a wingman. He’s so undecided on his own issues, but he’s incredibly honest with others about their own lives.

Don was the only one to express a negative opinion regarding Roger’s marriage to much-younger Jane in season three, but Don’s weakness is he cannot stand to have people who tell the truth in his life around him for very long.

Roger keeps those people close, and as a result, continually grows as a person. As the series goes on, he becomes more willing to hear dissenting opinions about his decisions and becomes a better spouse/partner.

You need those people in your life, or else you’ll just leave a trail of crazy go-go-boot-wearing exes behind you and wonder what the hell happened.

Despite what you’ve heard, women are attracted to vulnerability, but that doesn’t equate to “women who like pussies.” That means you have to know what is wrong with you (i.e. what’s potentially unattractive) and revel in it.

If you’re a big guy, wear pants that fit and ask anyone you want to dance. If you have a facial scar, crack a joke about letting that damn Simba get away.

Roger’s an older dude. He fought in the Korean War, for the love of God, but he acknowledges it and isn’t hampered by crippling denial. As a result, women of all age groups are attracted to this silver fox.

Compare this to Don, who hides his poor upbringing throughout the series. At first, it’s devilish and mysterious, but the act fades. Soon Don is crippled by his own unwillingness to be honest.

Just one remark, “You know, these drinks are really not worth a tip. My uncle Mac could make better gin in the tub,” and he would have been so charming!

Call it traditional or call it stuffy, but Roger Sterling knows how to treat a lady. He has ingrained sexist (and racist) attitudes, but when Roger is alone with a woman, he makes her feel like she’s the only one worth his attention.

Even if she’s just one of the two ladies he brought back to the office to cheer up himself and Don (yes, that really happened), Roger minds his manners around whomever he’s courting.

Don, on the other hand… It’s spotty. One minute he’s spitting fire at a mistress who won’t do what he wants, and the next he’s falling all over himself calling her a goddess. It’s inconsistent, but more than that, it’s immature.

Roger, while not always nice, at least tries to treat each of his wives, girlfriends and one-night stands like individuals. He knows women aren’t expendable and that his own appeal isn’t universal.

That’s how Roger, in an unexpected way, is more of a modern man than Don Draper can ever hope to be. He knows who he is and treats well those lucky people who see it too. 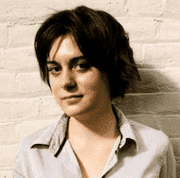 Brit McGinnis is an award-winning writer and blogger. She served as the snarky Nina KaPow in the sex column Ruffled Feathers. She writes about love, marriage and video games at HappilyCynical.com. You can connect with her on Twitter, and Pinterest.

How to Deal With a Clingy Girlfriend

Does Dating Make You Anxious?

Are You a Love Zombie?