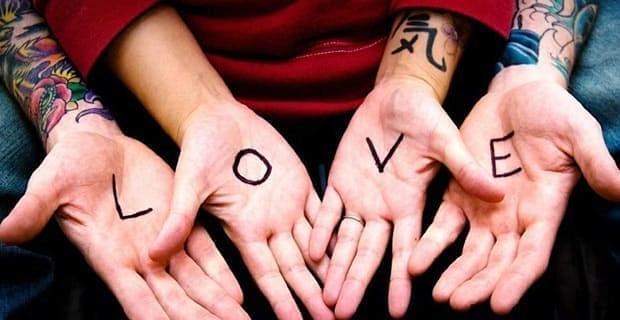 If you’ve never heard of a Lovemap, it’s probably because it’s a field of study little known outside of psychology circles.

However, understanding what a person’s Lovemap is and how it works is crucial to trying to make that person fall in love with you.

The term Lovemap was first coined in 1980 by the late, famous American psychologist Dr. John Money, of Johns Hopkins University.

Initially he used it to describe “a code” inside all of our minds that controls what we are (and are not) turned on by sexually.

Psychologists have since broadened the term to describe the code inside all of our minds that causes us to fall in love with one person and not another.

What exactly is this code?

When a child is born, their Lovemap or code begins taking shape. They begin to form subconscious favorings toward certain traits and qualities in the opposite sex. Everything from:

All come together to shape our Lovemap

For example, people who grow up feeling insecure have a high tendency to be attracted to confident, secure people as their possible future spouse.

If a person doesn’t have many friends, they’re likely to be attracted by someone who has lots of friends. They subconsciously reason that if they were to get with this person, a key need they are lacking in would be fulfilled.

This is a person’s Lovemap in operation, and the result of it is it sways a person to become attracted by people of certain characteristics and qualities.

When enough of these specifications of the person’s Lovemap are met, the person falls in love with them.

How to use this to make a woman fall in love

If you knew the specifications that make up the Lovemap of the woman you like, you would be able to use this information to aid you in making that woman fall in love with you.

For example, if you knew the woman you like grew up in a house where her father drank a lot, and this caused regular fights between her father and her mother, she’s not likely to be impressed by you bragging on Facebook about how many drinks you had on the weekend.

Likewise, if she grew up in a house where her father gave a lot of affection, she’s likely to be attracted to affectionate guys.

In such a situation, if you were to tell her you forgot your mother’s birthday this week and make fun of it, her subconscious would have difficulty seeing you as a match for her lovemap.

It’s important to remember all of this takes place at the subconscious level. This is why we fall in love with people and can never quiet figure out why we specifically fell in love with them.

Our Lovemap is working away in the background making judgments on the people we interact with…all without us even realizing it.

“The secret is to

For example, if the woman you like once dated a guy who cheated on her, and this badly affected her, this would likely have influenced her Lovemap specifications.

In such a situation, she’s not likely to be drawn to you if she sees you chatting to loads of women all the time.

On the other hand, if you were to give her your attention and not glance at the cute girl behind the bar or waitress serving you, you would be gaining a significant foothold in her subconscious because you have displayed that you are the kind of guy who doesn’t have a wandering eye.

Now no woman wants to be cheated on, but if the woman has previously been cheated on, she’s going to be influenced far more by these kinds of subtle things than the average woman.

This is what Lovemaps are all about. You need to discover the things that have shaped this specific woman’s Lovemap and then use this information accordingly.

Where most guys go wrong…

Most guys think in order to make a woman fall in love with them, they need to read pickup guides on how to flirt, dress and talk to women.

While doing these kinds of things correctly does increase a guys attractiveness levels, if he was to break a core specification of her Lovemap, she would never be able to fall in love with that guy.

The secret to making a woman fall in love with you is by studying the woman and deciphering the specifications that make up her Lovemap.

You also need to make sure you not only match those specifications this specific woman is looking for in a guy but avoid matching things on her Lovemap that specifically turn her off.

Yes, this takes work, but when you do it correctly, you’ll have more than just a woman who is attracted to you. Instead, you’ll have a woman who has become subconsciously programmed into seeing you as The One.

How to Be Interesting to Women

You Love Her But She Doesn’t Love You

The Cure for Falling Out of Love

What Causes a Person to Fall in Love?

Show Her the Love With These Simple Tips