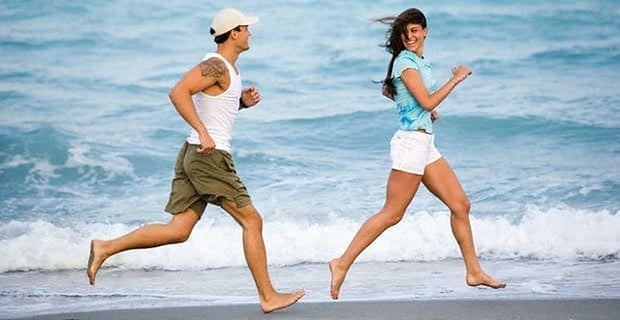 Most people really love a challenge. We see it as chasing something or someone that really gets our blood boiling, and when we finally wrap our arms around our target, it can be the best feeling in the world.

But sometimes we men go after women who not only enjoy the chase but like it so much they don’t know when to stop. I don’t know about you, but after a while, this becomes exhausting and taints the formation of having a healthy relationship.

For all the ladies out there, most guys get it. We know you enjoy being the object of our desires and love playing a little cat-and-mouse game with our efforts. We understand it’s just part of the dance you play.

We call, text, extend invitations and keep pursuing. You watch and listen as your phone rings, check the caller ID, make us leave a message (or three or four), take your time getting back to us and just maybe open a time slot where we can wine and dine you and prove our worthiness.

It goes on for a while until both of us decide the time for the game is over and we’re ready for a much more serious, mature approach (or not).

Again, we get it. Any woman who’s of high value and a real catch is definitely worth some added effort.

But how much is too much?

And what about women who love playing this game of chase just for the thrills and entertainment and not because they really want a true relationship?

Guys, if you’re trying for a date or relationship with a woman who continues doing this for an extended period of time, sooner or later you’re going to get tired and lose interest.

If not, you’ll be running the risk of being someone’s boy, landing in the friend zone forever or having low self esteem.

It isn’t healthy to continue going after one who really isn’t interested and plays with your mind. All she’s doing is wasting your time and keeping you from finding someone who’s on a mature level.

“It’s hard to stop pursuing that

pretty face filling you with visions.”

The first month or so is OK.

Let her enjoy waiting to call or text you back, rescheduling dates because of different reasons or even see other people. Again, it’s all part of the dance.

But if she’s really into you and wants to take things to the next level, the games will stop and a much deeper involvement will begin. If not, then it’s probably best for you to move on.

These are the connections where each person knows what they want and isn’t afraid of getting hurt in order to pursue it. They believe in risk for reward and not wasting time, while others sit on the sidelines waiting for that perfect one to arrive.

It’s hard to stop pursuing that pretty face filling you with visions of physical intimacy, a house and maybe children together and great companionship for life.

Sometimes you notice that one in the crowd that seems perfect in every way. Believe me, I know.

But long-lasting relationships develop atop a solid foundation from the beginning, and that means letting go of those who’d rather dance around your efforts than simply pick up the phone and say hello.

Are you caught in a relationship with one who insists on making you chase her forever? Leave us a comment below and we’ll do our best to answer it professionally.

3 Mindsets to Get You Through New Year’s Eve

This 1 Thing Will Make You Attractive to Every Woman