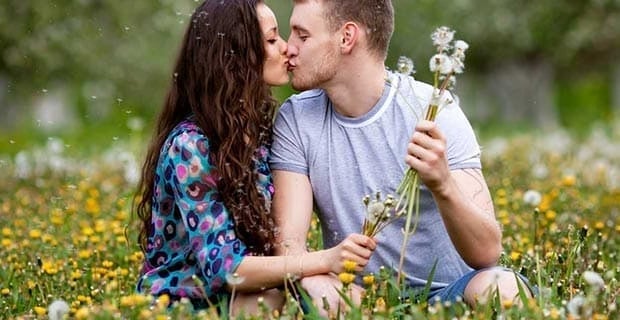 As much as all of us may bemoan the fact that we can’t simply be open and direct with how we feel and what we desire, in our heart of hearts we all understand that any suitor who approaches us with 100% honesty about their intentions can be intimidating and often ruin their chances of earning our true affections.

Which is why, as counterintuitive and frustrating as it may be, you can never just come right out and tell a woman you want to be exclusive with her. Here are 4 ways to avoid doing that but still get what you want:

1. Don’t Straight-Up Tell Her You Want to Be Exclusive at First

Just as men have a litany of problems with the women they get into relationships with, women can rattle off endlessly about what frustrates them when it comes to the less-fair sex.

But there is one complaint that women levy against men more often than any other and which is an all-but-guaranteed deathblow to their relationship: Women hate when men act clingy.

Now, what exactly does “clingy” mean? To put the matter to rest, a man is clingy when he seems more invested in a relationship than a woman. If a man calls, texts, emails, and overall chases more, then his woman will consider him clingy. And when a woman considers her man clingy, she will lose respect, attraction and all romantic interest in him.

This is why you can never just tell a woman you want to be exclusive with her. If you do, you will become clingy, and you will lose her.

2. Give Her Time to Feel Out the Thought of Exclusivity

Women aren’t so definite and clear-cut. A man can know, with full assurance, he wants to date a woman exclusively soon after meeting her. A woman needs time to feel out the relationship, to develop her emotional connection with her man, to evaluate what sort of man he is and whether he is the sort of person she wants to make a significant factor in her life.

There are few more terrifying notions to a woman than investing everything she has in a man and to then lose that man, so you bet she’s going to take the time to make sure she feels 100% confident about the man she invests in.

3. Increase the Depth of Your Commitment Little by Little

Even if you meet a woman and know within 15 minutes of talking to her you want to make her your one and only, you need to spend a significant span of time developing your relationship and increasing the depth of your commitment before you take your desire for exclusivity seriously.

When you first meet and start seeing a woman, limit the amount of time you see her to no more than once a week. You can communicate with her in between dates, but try and avoid sharing endlessly long phone calls every single night.

From here, proceed slowly. Every month or two, increase the amount of time you spend with this woman, and increase the depth of the information and emotions you share with her. If you proceed gradually enough, then you won’t reach a point of exclusivity for at least six months after meeting your woman, and this is a good thing.

At this point, you shouldn’t make a big deal out of the talk, and you should consider whether having the talk is even necessary. If you take your time, then your exclusive relationship will develop naturally, and the need for a firm label will melt away.

How to Get a Girl’s Attention Online

How to Become “The One”