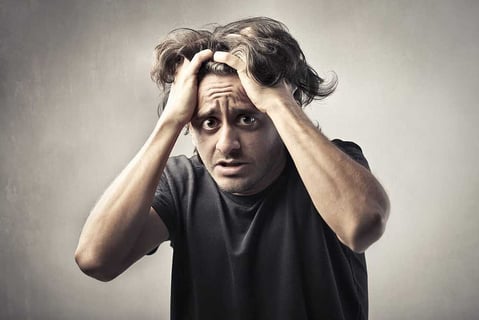 Breaking up is never easy, especially when your girlfriend wants to stay together. However, if you’ve fallen for someone else, then you need to tell her. If not, you’re cheating on her, and nobody likes a cheater.

Even when you have an open dating relationship, where you and your girlfriend are free to see others, if you suddenly find you’re getting serious with another woman, then you need to be upfront about that.

If you’re worried she might not react well, so be it. After all, breakups are an integral part of dating, so suck it up and get it over with.

1. Not telling her you’ve fallen for someone else

Just leave her hanging until she notices you’re not into her anymore, hoping she’ll go away on her own.

2. Announcing who you’ve fallen in love with on social media

If she’s got any sense, she’ll put two and two together and just leave you alone, right?

3. Ending it via email or text

This way you don’t even have to call her at a time when you know she can’t answer, like when she’s in an important business meeting at work. Plus there will be no angry reaction or annoying questions to deal with.

4. Breaking up by leaving a phone message

This way you don’t have to deal with her possibly angry reaction and all of the annoying questions she might have.

You don’t have to give her every little detail. You don’t even need to let her know who it is you’re seeing. However, you should try to empathize with what she’s feeling, and you also should be willing to answer her questions in a general way.

Whatever you do, don’t be vindictive, rub it in or try to make her feel bad or less than, and don’t blame her, even if the reason you don’t want to see her anymore is you just don’t like her as a person.

Of course, in our increasingly digital world, there’s more to a breakup than just “manning up” and telling her it’s over. You’ve also got Facebook, Twitter, Instagram and lots of other tech-related issues to deal with.

Here are my best tips for navigating the post-breakup digital quagmire:

Even if you and your ex want to remain friends, you should take a break from each other when it comes to texting and posting on social media. After all, if you’re still interacting regularly via text and social media, are you really broken up?

The more serious you and this woman were, the longer this digital timeout should last.

If six months or more have passed and you and your ex are sure there are no longer any romantic feelings, and you both still want to be friends, then you can re-friend each other on Facebook and other sites.

But don’t do this without telling the woman you are seriously/monogamously seeing!

Don’t post nasty things about your ex on social media after the breakup. This makes you look bad, not her. Plus do you want the woman you’ve truly fallen for to see you wasting time and energy on a woman you’ve broken up with?

3. Keep posts to a minimum

Don’t go bananas with social media posts when it comes to the woman you’ve fallen for, talking about how much you love her and posting pictures of the two of you kissing passionately.

Let’s be honest, even if you’ve unfriended your ex, she can probably access your social media pages if she wants to – by hacking them, by viewing them through a mutual friend, etc. – and do you want to potentially upset her in this way?

Plus the connection you’re currently so revved up about may cool off at some point. And if you do eventually break up, do you want your entire (failed) relationship history posted on social media for future dates to see? Probably not.

Robert Weiss, LCSW, CSAT-S, is the author of "Closer Together, Further Apart."

5 Signs She’s Cheating on You

Should You End It?

Are You a Cheater? Here’s How to Forgive Yourself