I don’t advocate single men to go out at night simply for the sake of “going out to meet women.”

Whether it’s another Friday night, a birthday, New Year’s Eve, whatever, as men we have a tendency to convince ourselves we have to go out if we want to attract women into our lives.

Too often, all that expectation we put on ourselves to meet someone special ends in disappointment.

Just think about the times you’ve gone out while single on New Year’s Eve, secretly hoping to make sparks fly with a stranger at midnight, only to later retreat home disappointed. And still single.

Valentine’s Day tends to have the opposite effect.

When we’re single on Valentine’s Day, we feel so much pressure to be coupled up or have a date that we intentionally don’t go out — even if we really want to.

Self-consciousness creeps into our minds:

We’re so afraid of being judged by those around us, including any women we want to talk to:

Sound familiar? That’s your head talking. It’s not the truth.

“Instead of sitting at home trying to ignore the fact

you’re single, enjoy the freedom of being single.”

It means you’re one of several million other men who are also single today — some rich, some poor, some with six-pack abs, some with a gut, some ugly and some devastatingly handsome and charming.

Being single on Valentine’s Day has absolutely zero correlation with how desirable you are to women.

This is not some cheesy positive self-talk. It’s simply the truth.

Today I want you to embrace and be proud of where you’re at in your dating life, because being single on Valentine’s Day is actually an amazing opportunity for a single man to meet women while out celebrating the evening.

I’ve had more than one relationship that began on Valentine’s Day.

How does this happen?

It’s because I don’t think about what it “means” to be single on Valentine’s Day.

I think about the fact so many women who also don’t have a date on Valentine’s Day would love to meet a good guy.

Many of the waitresses working their shifts are single, most women reading alone in coffee shops are single, and the women out with their girlfriends enjoying restaurants and the nightlife on Valentine’s Day are almost always single.

They have no desire to stay in and feel sorry for themselves. They want to go out and celebrate life, whether in a relationship or not.

On a normal night, a woman may be out with her girlfriends simply to catch up over a glass of wine and not be bothered by a random guy chatting her up.

Valentine’s Day is not one of those days.

A single woman who is out on Valentine’s Day wants to be talked to, she wants to have a good time, and she wants to meet a good guy.

And she’s waiting for YOU to show up and make it happen.

So here’s what I want you to do:

Instead of sitting at home trying to ignore the fact you’re single, go out and enjoy the freedom of being single.

Take a good friend who is also single with you and enjoy each other’s company.

Treat yourselves to some dinner, go somewhere for dessert, maybe go to a bar or catch some live music after.

Everywhere you go, chat up all the people who aren’t having a private romantic evening together.

You’ll come across many of them. And you’ll be amazed at how open, receptive and eager to make a connection people become on Valentine’s Day.

Are you single this Valentine’s Day? 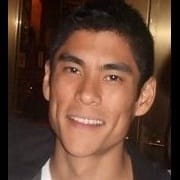 Shogo Garcia is an internationally-experienced writer, speaker and coach who helps men develop their most naturally attractive personalities to connect with the women in their lives. Find out more about his work at www.thesocialgeneration.com.

5 Tips for Spending Halloween Without a Girlfriend