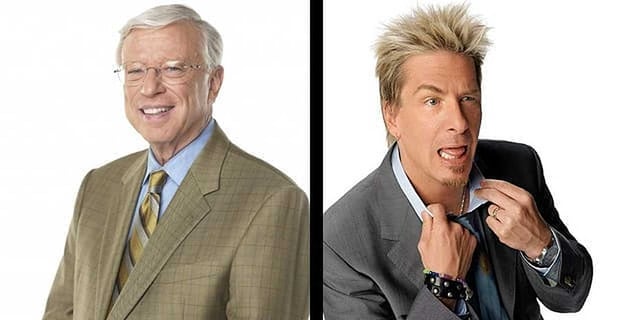 It may seem like the dating game hasn’t changed very much since it began so long ago, but that just isn’t true.

These six folks decided they were done playing by the rules, and they came up with some of their own.

Bragging Rights: appeared on more than 7,000 radio and TV programs

You may not have known his name, but you definitely recognize his face from eHarmony commercials. After Warren saw the way his parents struggled to communicate in their marriage, he became very interested in compatibility. He and his son-in-law developed the “29 dimensions of compatibility” with eHarmony to make sure others could have better marriages than his parents.

Bragging Rights: a script consultant on “Sex and the City”

Not only has Behrendt worked as a comedian and talk show host, but he also wrote “He’s Just Not That Into You,” a self-help book that tells single women how it really is. He wants ladies to stop making excuses for men – sometimes it comes down to the fact that he’s just not that into you. Behrendt provides humorous advice and examples, as well as quite a bit of much-needed tough love.

Kremen founded the first company to bring classified advertising to the Internet. He started Match.com as a way to prove that classified ads work well in cyberspace. As it turns out, they work really well. Match.com now has websites serving more than 25 different countries. Because of this major success, Gary is considered the inventor of online dating.

Bragging Rights: this book has earned him almost $18 million

It was only after experiencing a terrible heartbreak and then meeting the love of his life that Gray was able to write this classic book. It became the highest-ranked work of non-fiction during the 1990s because it taught men and women why they were struggling to communicate in their relationships and how to reach a common ground with their partner.

Bragging Rights: served as executive producer of the movie based off of his book

Harvey has worn many hats and definitely isn’t your typical dating advice guy. However, that’s what makes his book all the better. He offers straightforward insights for women that Publisher’s Weekly calls, “tough (but ticklish) love advice.” Harvey has definitely ensured that men will have a much harder time getting away with things!

Bragging Rights: named to Forbes’ 30 Under 30 in Technology

At only 27, Sean is the CEO of Tinder, which has completely changed the way we meet people. Through this app, people swipe “yes” or “no” based off of location, a short blurb and a few pictures. They are then only matched with people who they said “yes” to and who said “yes” to them. This app makes 4 million matches each day, so it definitely works!

8 TED Talks That Will Change Your View on Dating