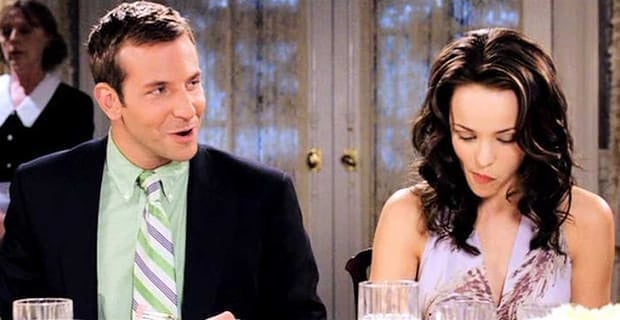 At last you’re ready for a relationship. You want to find the right girl who fulfills your needs while you satisfy hers.

You’d like to skip through the parks, run along the beaches, start dreaming of houses and kids and eventually plan a big ol’ wedding together. Right?

Well, it’s attainable as long as you don’t fall into certain traps and personality traits that can cost you dearly along the way.

Women everywhere say they want a nice guy, one who is loyal, honest, trustworthy, passionate and attentive. They don’t want a smothering type, but they don’t want one not calling for days or weeks either.

They say, as far as long-term relationships go, the tattooed guy ripping his Harley down the street with cops on his tail is out, and the one pushing papers inside a sterile office asking you to cook dinner like his mama used to is off the list as well. There has to be a balance.

There are many types of men you don’t want to become if a healthy relationship is on your bucket list, and I’ve come up with a few that’ll make any woman (of quality) run and hide faster than she can push the “block” button on her Facebook account:


This is a trait of a narcissist, and it describes a man who has wildly swinging emotions and is easily thrown off course. He isn’t emotionally stable and goes crazy if a woman is five minutes late.

Every little disagreement becomes a full-blown argument, and he doesn’t handle sarcasm too well.

Everything is a BIG deal to him, and he loves to dramatize the slightest impropriety. Some might say a man like this actually feeds off drama because it keeps him from being bored.

The drama queen easily finds fault with others and rarely ever remains happy. Most dramas queens I’ve known – both men and women – had very spoiled upbringings.

A grown man having a healthy relationship with his parents is normal and something any woman should like to see.

However, when a man is still attached to his mother like he was when he was a child, then nothing but problems can arise.

A mama’s boy looks to his mother’s advice for the big things in life instead of squaring his chest and deciding on his own.

He’s always contemplating what Mom would like instead of thinking for himself. He’s always seeking her approval and can’t seem to get away from her controlling ways.

A woman doesn’t want to be a man’s mother. She wants to become his best friend, companion, lover and life partner. We’re talking about men here, but I’ve also seen this same scenario with women and their fathers.

He’s the guy who loves the camera and the mirror, as well as his job, life, friends, self and family WAY too much. He’s the one who thinks his efforts and contributions to society and the business world are completely unique.

He’s the dude who’s never wrong, a self-described leader. This is the man who loves his point of view because it’s always correct and never debatable, the chap who’s selfish and always places his woman’s needs second or the friend on Facebook who incessantly floods his timeline with selfies.

Don’t be this guy, and look out for women who carry the same traits. They are rarely meant for long-term stability and are big-time opportunists.

If you want a great relationship, you have to make her number one, period. There’s no more having several text conversations going with others. No longer can you have three dates lined up with three different women during the same week.

When you’re out to dinner with your girl, your focus must be on her and not the hot waitress serving your food.

And those former flings and girlfriends from the past? You have to let them go, or face the consequences.

A serious relationship is all about monogamy, and if you’re still looking for opportunities with others, you aren’t ready to change your life and get serious about being with only one person.

If you’re nervous about letting your girlfriend see your cell phone, then sorry man, you’re a player.

Women love to be given gifts, have doors opened for them, be extended compliments and feel like they are queen for the day when you spring for a spa appointment or dinner at a fine restaurant.

But here’s the thing: When a guy goes overboard and takes things to the extreme, the relationship quickly becomes unbalanced and can rapidly turn her off.

Constant flattery appears fake after a while, and though endless gifts seem nice at first, they ultimately result in awkward situations and cause her to lose respect.

You’re much better off picking your moments to surprise or wine and dine her. Don’t do it all the time because eventually you’ll look like a pushover or someone who’s pretty desperate for companionship.

This type of man is like a boa constrictor. His hugs and gestures seem warm and secure at first, but before long, she’ll be suffocating and scrambling for bottles of oxygen.

It’ll start with him choosing the restaurants and movies he likes, hanging out with HIS friends and family and keeping close tabs on yours.

He’ll call and text constantly, and he will look to account for her time. One day the woman will wake up and wonder where she went or who she is.

This type of man is trying to get her to be who she isn’t. Her friends and family will see her completely different from who she used to be. A controller seeks to isolate a woman inside his world because it’s HIS world and his alone.

These are just a few personality types adult men should strive against becoming. In reality, all of us are a little guilty of falling into these scenarios to a point, but healthy relationships should avoid these pitfalls at all costs if lasting love is the goal.

Who are You? Aaron Hernandez?