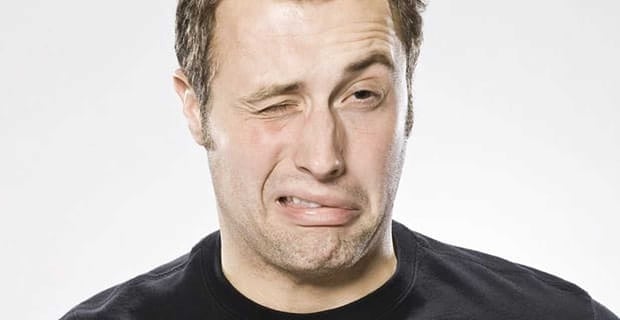 The 9 Best Dirty Jokes of All Time

Why get your buddies together to share the best filthy jokes they know when you’ve got the Internet? The World Wide Web is home to some rather risque humor, and we’ve found the best of it.

Compiled for your entertainment, be warned that these scandalous jokes are not for the faint of heart – only those with a dirty sense of humor will be able to enjoy them!

I was sitting on my own in a restaurant when I saw a beautiful woman at another table. I sent her a bottle of the most expensive wine on the menu. She sent me a note: “I will not touch a drop of this wine unless you can assure me that you have seven inches in your pants.” So I wrote back: “Give me the wine. As gorgeous as you are, I’m not cutting off three inches for anyone.”

Doctor Dave had sex with one of his patients and felt guilty all day long. No matter how much he tried to forget about it, he couldn’t. The guilt and sense of betrayal was overwhelming. But every once in a while, he’d hear an internal, reassuring voice that said, “Dave, don’t worry about it. You’re not the first doctor to sleep with one of their patients and you won’t be the last. And you’re single. Just let it go.” But invariably the other voice would bring him back to reality, whispering “Dave, you’re a vet…”

A beautiful woman approaches a pharmacist and asks, “Do you have extra large condoms?” The pharmacist replies, “Yes, aisle 11.” The blonde goes to the isle. But about 30 minutes later she is still looking at the condoms. The pharmacist calls over to her, “Do you need some help?” The woman replies, “No, I’m just waiting for somebody to buy some.”

The Dean of Women at an exclusive girls’ school was lecturing her students on sexual morality. “We live today in very difficult times for young people. In moments of temptation,” she said, “Ask yourself just one question: Is an hour of pleasure worth a lifetime of shame?” A young woman rose in the back of the room and said, “Excuse me, but how do you make it last an hour?”

The tired doctor was awakened by a phone call in the middle of the night. “Please, you have to come right over,” pleaded the distraught young mother. “My child has swallowed a contraceptive.” The physician dressed quickly, but before he could get out the door, the phone rang again. “You don’t have to come over after all,” the woman said with a sigh of relief. “My husband just found another one.”

A man and a woman were feeling a little frisky, so they decided to sneak off into a dark forest. After finding a good spot, they started having sex. After about 15 minutes of it, the man finally gets up and says, “Damn it, I really wish I had a flashlight!” The woman says, “I wish you did, too – you’ve been eating grass for the past 10 minutes!”

Three guys go to a ski lodge, and there aren’t enough rooms, so they have to share a bed. In the middle of the night, the guy on the right wakes up and says, “I had this wild, vivid dream of getting a hand job!” The guy on the left wakes up, and unbelievably, he’s had the same dream, too. Then the guy in the middle wakes up and says, “That’s funny, I dreamed I was skiing!”

A husband comes home to find his wife with her suitcases packed in the living room. “Where the hell do you think you’re going?” he says. “I’m going to Las Vegas. You can earn $400 for a blow job there, and I figured that I might as well earn money for what I do to you free.” The husband thinks for a moment, goes upstairs and comes back down with his suitcase packed as well. “Where do you think you going?” the wife asks. “I’m coming with you; I want to see how you survive on $800 a year!”