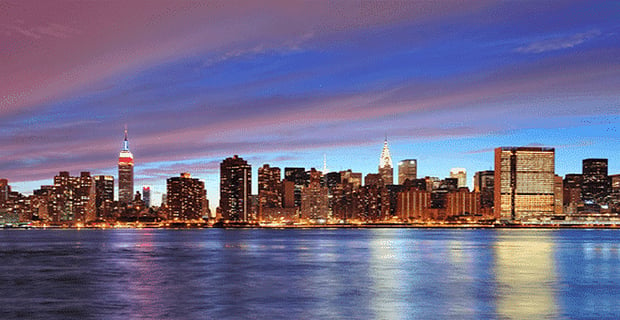 Can’t seem to find any eligible bachelorettes in your town? Bet you aren’t blaming your city on that, but you should be! Some places just aren’t cut out for singles and the dating scene. They may be made up of families or retirees, neither of which will land you a date.

If this sounds all too familiar, you may want to reconsider where you work and where you play so you can get on the fast track to finding a mate.

Here are a few cities that boast well for single men:

Women seem to flock to this city so much that they outnumber men 4:1. Forty-two percent of this city’s population has never married.

Maybe it’s the “Sex and the City” effect, but if you’re a single guy, this is the city for you. Not only is there an abundance of single women, but the city offers some of the finest dining, bars and parks.

The windy city is very single-friendly. There are lots of neighborhoods with a community vibe, fit just right for meeting “The One.”

It has the second largest population (NYC has the largest), which will give you many potential mates while you’re on the prowl. What’s not to love about Chi Town?

Women outnumber men in this Texas city. The cost of living is relatively cheap but the Southern Belles aren’t skim.

The city also has lots of romantic spots for dates like the San Antonio River Walk. Travel an hour or so north to Austin, another great spot for single men.

How to Spot a Bad Girl

The One Place to Meet Women You Haven’t Thought Of