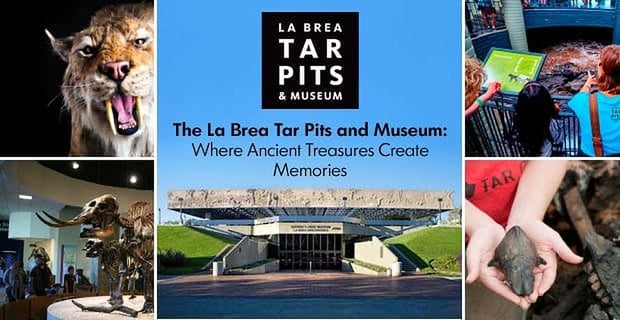 The La Brea Tar Pits and Museum: Where Ancient Treasures Create Prized Memories for Couples Seeking a Mix of History and Romance

The Short Version: Whether it’s the first date or the 50th, the La Brea Tar Pits and Museum in Los Angeles wows couples with a one-of-a-kind experience combining science, history, and interactive exhibits. More than 1 million ice age fossils greet you as you dive into 50,000 years of history in the middle of one of the world’s largest modern cities. A world-renowned paleontological site, the tar pits are a favorite spot for international travelers, insightful lecture series, and special events. If you’re looking for a unique setting to connect with your special someone, La Brea is sure to inspire curiosity and help you discover more about natural history and each other.

While California was awaiting official admission to the United States in the mid-19th century, a map of Southern California was developed to designate areas for use as ranches and farms. Among these locations was Rancho La Brea, which translates to “the tar ranch,” named after the natural asphalt that seeps up from the ground on the property’s southwestern border. Historically, tar from the seeps had been used by Native Americans for fuel and to waterproof their roofs.

The enterprising Hancock family eventually purchased the land with the intent of mining the tar, but they abandoned this practice once oil was discovered on the property. During their tar-mining endeavors, however, the Hancocks recovered several fossils, one of which was the canine of a saber-toothed cat. In 1875, the family gave the fossil to a visiting professor, William Denton, who then described the find to others.

The La Brea Tar Pits and Museum’s interactive exhibits take visitors 50,000 years into the past. Courtesy of the Natural History Museum of Los Angeles County.

Understanding the historical and scientific relevance of this land, in 1913, the Hancock family gave the Los Angeles County Museum the sole rights to excavate the land for two years. In that short span of time, scientists found more than 1 million bones and over 300 different species of fossilized animal and plant remains.

In 1924, George Allen Hancock donated 23 acres of the ranch (called Hancock Park) to the County of Los Angeles for the preservation and exhibit of the fossils found on the land. Years later, the tar pits and museum would open to the public while the scientists continued to unearth its amazing treasures.

Today, the La Brea Tar Pits and Museum welcomes thousands of eager natural history lovers each year. It’s become a destination where native Angelenos and tourists from around the world flock to learn about their world while bonding with fellow science aficionados.

“The majority of our visitors tend to be international travelers since it’s a world-renowned site,” said Hanna Mesraty, Guest Relations Manager at La Brea. “It’s really interesting. You not only step into the ice age, but also into a different period in modern cultural history since it’s basically the same as when it opened. It’s remarkably charming in an old-world sense.”

A Unique Chunk of California 50,000 Years in the Making

The La Brea Tar Pits are a huge part of California museum culture, and visitors are impressed by the fact that this ancient fossil treasure trove is located in the heart of an American megacity.

“The early natural history collections that were a part of our first natural art, science, and history museums were the fossils from the Los Angeles County Museum of History, Science, and Art,” Hanna said. “They’re world famous. People would come from all over the world to look at them and take them for study.”

The artifacts were eventually given their own museum and are now displayed in interactive exhibits that deliver hands-on learning experiences.

Visitors can watch history unfold as they tour the museum’s fossils, which include more than 650 varieties of animal and plant life. You can see everything from saber-toothed cats to mammoths and dire wolves (for you “Game of Thrones” fans). It also tells a story about what Los Angeles was like 10,000 to 50,000 years ago.

Bond Over a Love of History at This Geological Date Hotspot

Granted, the La Brea Tar Pits can be a little bit of a downer if you think about the animals getting stuck and slowly sinking to their eventual demise (remind you of your last relationship?), but the jewel of the experience is learning and talking about the natural world. It brings history and science closer to us and encourages essential conversations about the earth.

It’s also fun to imagine seeing a saber-toothed cat just walking down the street in LA. You and your date can debate over whether the cat would be more likely to head to Starbucks or Stumptown Coffee for his morning latte. Only a visit to the tar pits can inspire light-hearted, memorable conversations like these on a date.

Couples and families flock to La Brea to bond over a shared love of science and history. Courtesy of the Natural History Museum of Los Angeles County

Another amazing part of La Brea is seeing the excavation as it happens. It’s not a recreation with out-of-work actors — everything that happens at La Brea is authentic.

Hanna told us the museum also doubles as a public park.

“You can come and visit the grounds and just explore,” she said. “See the tar pits and see the live excavation happening without even having to get into the museum.”

While you’re at the park, have a picnic with the native bunnies that hop about. However, a word to the wise, the very friendly squirrels may steal your food.

If you’re a scaredy cat, you may not want to head to the Ice Age Encounter Stage Show, which features a life-sized saber-toothed cat puppet created by none other than Jim Henson’s Creature Shop. However, if you want to project a nice-but-dangerously-sexy vibe to your date, be sure to show your guest the show’s disclaimer “Presentations depict a realistic, prehistoric animal and may be frightening for young children.” That’ll surely impress them.

If you’re looking for other ways to amaze your partner, Hanna has a few recommendations.

“Go to the Tar pull interactive. Show your strength and impress your date,” she said.

Hanna also recommends rubbing bony elbows with the Instagram stars of the museum, the Columbian Mammoth and the dire wolf skulls. The caption “First Date!” under a picture of you and your date with your exaggerated reactions in front of over 400 dire wolf skulls is sure to go viral with your followers (and result in a few concerned phone calls).

The Mammoth is also named Zed, so its caption “Zed’s dead, baby. Zed’s dead.” is sure to thrill “Pulp Fiction” fans. If anything, it will bring out the dark humor side of your date’s personality.

“There’s also a really cool program called Inside the Fossil Lab,” Hanna said. “Lab scientists talk to visitors about what the work they do is, the tools they use, and what they found recently.”

Here, visitors can watch fossils be cleaned, studied, and prepared for exhibit.

La Brea offers a number of volunteer opportunities to spread your love of learning with visitors. You can sign up to serve as an educational volunteer or get your hands dirty in the fossil lab.

Volunteering with your special someone is a proven way to strengthen bonds while giving back to the world, and museum volunteers have the unique opportunity to interact with science, museum guests, and be part of history in the making.

The La Brea Tar Pits and Museum may not be the first place you think of when heading out on a date in LA, but it really should be. Not only will you learn about history and science, experience a live excavation, and find the spark of some of the most thought-provoking conversations you could have, the puns you can make are endless.

Here’s one of Hanna’s favorites that she hopes comes true for daters at La Brea: “One date here could stick you together for a lifetime.” 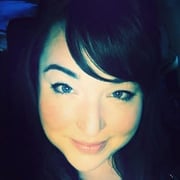