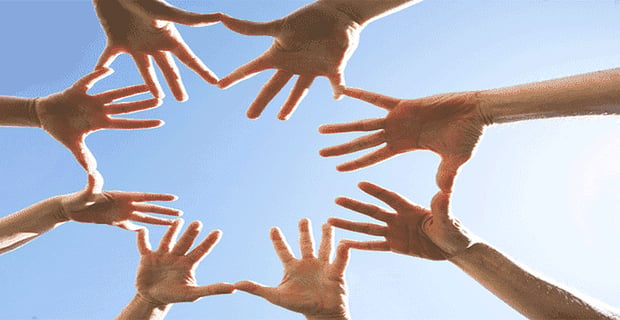 The Pros and Cons of Open Relationships

My favorite oxymorons include: “jumbo shrimp,” “government intelligence,” “reasonable woman” (just kidding, ladies!) and “open relationship.” If it’s open, how can it be a relationship?

Now, don’t get me wrong, to the semi-civilized Neanderthal in me, it sounds like one heckuva great concept, but I’m just not sure if I can sell it to my conscience or my intellect.

From a man’s point of view, what could be the downside of a perpetual hall pass that allows you to get jiggy with anything in a skirt? The freedom to wander combined with the stable loving arms of a great lady to come home to (unless she’s boffing the karate instructor next door) – it’s every man’s dream scenario. Isn’t it?

Let’s break it down into the pros and cons and see what floats.

Pro #1: You can have sex with lots of women.

A sex life that has become lackluster and monotonous might be the number one reason why both men and women lose interest in their partner. You can read all the articles you want about spicing up a tired love life, but you still end up with the same old naked body next to you every night and a variation on the same three moves.

Hey, variety is the spice of life, and a little hanky-panky with a brand new faceless, nameless female body might be just what the doctor ordered to keep your head screwed on straight when it comes to your real, uh, relationship.

You don’t need to dump the lady you love or have become accustomed to just to keep some excitement in your nocturnal activities. An open situation could actually save your relationship!

Con #1: Other guys will be having sex with her.

Several guys — maybe even some guys you know — will be making love to the girl who gives meaning to your life. They will be tainting your favorite part of her anatomy with their most vile and disgusting appendage. And she’s going to like it. ‘Nuff said.

When you play with fire, you’re playing a dangerous game. Great sex can cause other feelings of closeness and intimacy to develop between a man and a woman. If you fall for one of your playmates, then it’s not an open relationship anymore.

At that point, you’re just being unfaithful to your number one woman by violating the trust and love she has invested in you and your relationship.

“It is mostly for couples where one

of the two isn’t at all committed.”

It might all be good fun with no strings attached — for you. But, unless you’re paying for the services of your escorts, they might want and need more from you. When you play with their bodies, you will be messing with their hearts as well. You are likely to hurt some nice girls who really care for you.

Your better half might discover that her needs are better filled elsewhere. In case you haven’t heard, women have no problem at all attracting lots of guys. The guys might be handsome, rich and great in bed. And they might want to build their world around her alone.

Con #5: You might regret it if she’s the one you want to marry.

All the ghosts of her past lovers and the guilt from all the love you squandered can make quite a mess in your mind when you look back on what you’ve done.

And if she put up with it just to hold on to you, she might resent the fact that you turned her into a whore and hurt her with your activities on a regular basis.

You might never see her the same way, or she may decide you’re not the man for her after all. And if she does marry you, she might pay you back with a little bit of contempt and nagging every day…for the rest of your life.

I’m sure the list could go on and on, but this covers most of the main pros and cons, I think. Some guys might say it looks like a pretty even balance. With an open relationship, you can have your cake and eat it, too.

But let’s go back to my original point: If it’s an open relationship, is it really a relationship at all?

I don’t think any reasonable man would risk the woman he might want to be with forever with this kind of game. It might be fine for two people that had no real bond, rarely saw each other and just hooked up when they were both home on alternate weekends.

Maybe a flight attendant and a medical intern working 100 hours a week could share an apartment and make this work, but it would be pretty hard for two people who really care about each other.

It’s difficult to envision this scenario in a relationship where the guy and the girl cared about each other equally and intensely. I’m sure there are some New Age hippies who could handle this for quite a while, but it is mostly for couples where one of the two (probably the guy) isn’t at all committed but agrees to live together as long as he can go out and play.

The woman may go along with it, hoping that she can draw him closer. It would work the same in reverse with a rich guy as the sincere fool and a gold-digging girl as the perceived prize.

But the truth is that an open relationship will never grow because the core of the relationship is tortured instead of nurtured. It is not a road to a more committed relationship. It is a temporary rest stop while you’re looking for something better.