The Right Way to Go Down On Her

One of the most mysterious aspects of sexuality for men is how to go down on women the right way. You’ve probably spent many a late Saturday night getting a sore neck and jaw wondering if you’re making any progress whatsoever.

Listen, there’s nothing to be ashamed of here. It’s not as if they covered this in your high school sex ed class.

Fortunately, I’m going to give you some tips gleaned from some of my favorite women.

If you get down there and go at it like a man in the desert going after water, you don’t need to have the best technique in the world. Your enthusiasm will make up for a lot of things you’re doing “wrong.”

If she’s dry, she’s not happy. Ever have a woman put your limp unit in her mouth and start going to town? Kind of awkward, right?

It’s the same thing if you start going to town on her before she’s ready. Get her worked up a bit with your hands first.

Pay attention to the clitoris, but also cup the labia and give her a kind of “hug.” That will get the pump primed and ready for you to get busy.

“Give her some of the best face and she’s

going to remember you as that guy.”

Move toward her nether regions after giving her a final grind of the crotch, but do so slowly. Lick down her neck, chest and stomach. Build the tension you started building when you first touched her between the legs.

Remember, anticipation is one of the hottest things in the world. Using it to your advantage will only heighten her pleasure and have her remembering you as the guy who really made her hot.

Also, I should probably tell you: Don’t burrow under the covers. There’s nothing less sexy than having to come up for air 10 seconds after she gets off.

Get your hands out of her and spread her open. This way everything will be right on display for you.

Remember female anatomy? If you don’t, it’s worth taking a quick class to brush up on the finer points. Get in there and attack the most sensitive parts, which are not limited to the clitoris.

Penetrate her, lick around the labia and give lots of wet attention to her entire vaginal region. When you’ve gotten things really worked up, concentrate on her clitoris.

What does she like? What really gets her moaning? That’s what you want to stick with.

Don’t do the stupid thing where you spell the alphabet unless you’re trying to figure out which letter she likes the best.

Like men, women generally get off when you do the same thing for long enough. The hard part is figuring out what that one thing is. Once you’ve got that covered, stick with it until she’s in the throes of ecstasy.

At this point, don’t be afraid to get your fingers and hand back in on the action.

Bottom line? Give her some of the best face she’s ever had in her life and she’s going to remember you as that guy.

What better accolade could you receive? 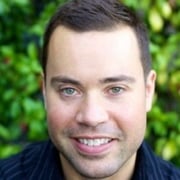 How to Guarantee Sex

When Should You Reveal Your Fetishes?

Do You Have Trouble Keeping it Up?