Friends with benefits, known as two people who have regular sexual contact without defining it as a couple relationship, are becoming increasingly common nowadays.

According to new research conducted by the UK-based relationship charity OnePlusOne and the youth charity YouthNet, one in three young people in Britain have had a friend with benefits.

In a survey of 1,000 16- to 24-year-olds, OnePlusOne found 32 percent of young people have had at least one friend with benefits relationship.

However, for more than half of these young people, being a friend with benefits isn’t enough: 53 percent secretly hope it will turn into a proper couple relationship.

it will turn into a relationship.”

“This research shows that while sex without commitment is increasingly common amongst young people, more than half of them are seeking a more secure emotional connection,” said Penny Mansfield, CBE director of OnePlusOne.

Unfortunately for some of these young people, the research has found only a small minority will be successful in finding love. Just 10 percent of friends with benefits relationships will turn into something more.

“We think young people need to think more about relationships and make a conscious decision about what sort of relationship they want,” said Hannah Green, OnePlusOne’s research and information officer. “If you’re in a friends with benefits relationship, check in with your friend and talk about how you’re feeling on a regular basis because we all know feelings may change.” 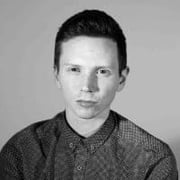 What If You Can’t Perform During Group Sex?

Why Dating is Better for Your Sex Life Than Hanging Out