How to Trust Women

There are three distinct concepts I want to talk to you about.

These are: understanding that women are women, trusting is the process of letting go and trust in yourself rather than put that focus on women.

The first concept is women are women.

Their actions may involve staying with you, leaving you or anything in between.

For example, let’s take the case of Jason. Let’s say he is dating a girl, Jennifer, and has trouble trusting women. He gets worried when she doesn’t call him and generally wonders if she is serious about him or not.

Jennifer is quickly losing interest on her side. Jason seems somewhat indecisive and not very sure of himself.

A much more confident and generally happy guy comes into the picture. Jennifer becomes less responsive to Jason and eventually doesn’t answer his calls anymore.

What happened is Jason put his energy into trying to trust Jennifer. He ended up severely disappointed because his anxiousness ended in her not responding to him anymore.

Jennifer found someone who seemed more compatible with her. She is a woman and has certain needs Jason was not fulfilling. Women will be women and that is the nature of attraction.

The issue here was Jason wasted his time on trying to trust Jennifer. He could have spent that time sincerely interacting with her or on self-improvement to make himself a more desirable man.

Maybe then he would have had a chance with her.

“Trust is something we

need to rely on ourselves for.”

Now we move on to our second point.

This is one thing that is definitely a challenge for a lot of guys. You have to be able to let go and be completely free. In other words, don’t worry about trusting someone or not. Just let all of those feelings go.

Imagine the example of sky diving. You are thousands of feet up in the air and about to jump out of the plane.

There is a distinct feeling of adrenaline, fear and anticipation all at once. You have to be able to overcome this and jump. You have to free yourself of any adverse emotion and let go.

Freedom is a form on detachment. When you are attached to outcomes and you try to pull responses out of someone, you become a prisoner to the responses you will get.

If you get the response you didn’t want, then you may feel bad. We have to become detached from trying to trust in women because they are independent and live their lives as they need to.

An example that illustrates the concept would be like handcuffing yourself to the woman and then lying on the ground while she drags you through her daily activities.

An example of freedom is her going about her day and you coming into the picture at certain points in that day to bring happiness, excitement and arousal. You would leave her with a smile on her face.

That is what she wants. She doesn’t want a man who is relying on her for a feeling of trust.

Trust yourself rather than her.

It may seem odd to flip this around and put the focus on you, the guy. However, it is reality.

If you focus on trying to trust a woman and always wonder what she is doing when you are not around or if she is going to cheat on you, then you have lost all of your power.

You should have confidence in yourself and believe the woman wants you. Women sense when you are fearful or untrusting and they will see you as a weak mate.

As I mentioned at the beginning, women are women and they will naturally seek out strong men, not fearful untrusting men.

When you focus on trusting yourself rather than trusting in women, then the tables will be flipped. Women will start wondering about you and what you are doing when you are away from them.

Accept freedom and focus on you. Only then will you be able to really trust women because you will accept reality and know trust is not from the outside. It is within yourself.

Trust is something we need to rely on ourselves for because only we can provide a stable trust that won’t fluctuate.

Put trust in yourself, let women be who they are and set yourself free. You’ll be surprised when you will feel much more trusting around women. 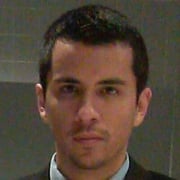 I am a dating and self-actualization coach based in Austin, Texas. I have trained with some of the best in the seduction industry. My areas of expertise include dating, online dating, body language, meeting in bars, text game and inner game. You can send me an email at texasaustinpickup@gmail.com.

How to Let Your Guard Down

3 Surprising Ways to Build Trust with a Woman