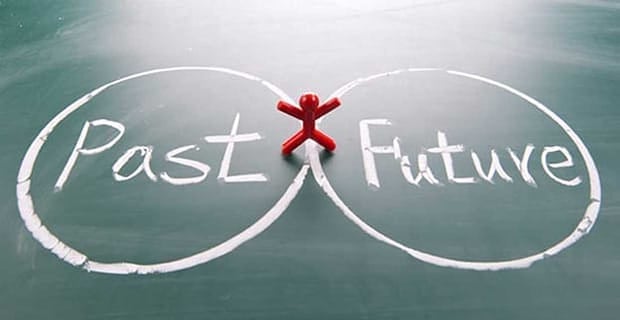 Want to Make Her Fall in Love? The #1 Step You Need to Take

As I’ve already gone through, it’s possible to make someone fall in love with you by compensating for some weakness in that persons life (check out my article “What Causes a Person to Fall in Love?”)

Another route to making someone fall in love with you is to offer the person a way to change their past. Why? Because the desire to change one’s past and falling in love are closely connected.

Let’s look at an example:

Let’s take an example of a girl who treated her brother badly in their childhood. As they grew older, they drifted apart and lost touch. Now in her 30s, she feels sorry for the way she treated him and the consequent distance between them that resulted because of it.

A sense of regret about the situation has been created. The woman would have feelings of guilt deep rooted in her psyche for being mean to her brother, which her subconscious would be looking for a way to get rid of.

Now let’s say she met a guy who looked like or acted in a similar manner to her brother. How do you think she’d feel toward him?

Why does the subconscious mind do this?

The subconscious mind believes it’s possible to erase past bad behavior toward a person by being nice to a person in your present who resembles (either resembles physically or resembles in their general manner) the person you were previously bad to.

Yes, this sounds strange, but the subconscious mind does not work in a logical fashion – it works more on instinct.

“The reality is we all have

a history and a past.”

What does this have to do with making a person fall in love?

Certain events from people’s lives can shape how the rest of their lives pan out. If you can find something from their past, you can use it to shape their future into one where they fall in love with you and want to be with you.

When analyzing the person you are trying to make fall in love with you, try to get your hands on as much information about the person’s relationship with their parents, relatives and friends as you can.

As soon as you find some area of unfinished business or guilt from their past, you can use it to significantly leverage the odds in your favor.

Now while it helps if you can get such information, making the person fall in love with you does not depend on it. There are a number of other techniques, which I will be going through in other articles.

You want to be someone who can make up for unfinished past business.

However, if you do find some unfinished past business, you need to position yourself in the person’s mind as someone who can make up for this past. This will draw them toward you at a subconscious level.

And when someone thinks that, this is where the seeds of the idea that you could be The One and it was fate or destiny the two of you met are sown.

Some may be uncomfortable using guilt to make a person fall in love with them, but you must remember we’re not using guilt against the person (that’s immoral) but rather giving the person an emotional release from that guilt and their past unfinished business.

The reality is we all have a history and a past. As the Irish dramatist Oscar Wilde said, “One’s past is what one is.”

So if you love the person you are trying to make fall in love with you, their past is an inherent part of that person you will be bringing into your life.

You will be forming a relationship with both, so you will need to become intimate with both in order to build a strong and long-lasting relationship.

Making the person feel good about an element of their past that may be bothering them is something only a loving person would do.

Show Her the Love With These Simple Tips

14 Reasons Why You Don’t Have Any Success with Women