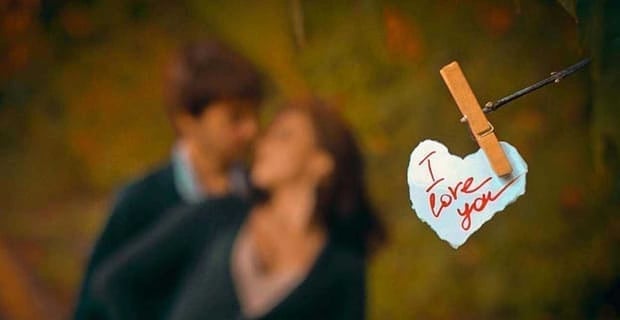 What Causes a Person to Fall in Love?

If you are trying to make someone fall in love with you (or trying to strengthen an already existing relationship by bringing the love back into that relationship), then a good place to start is to examine how love is formed in the first place.

If you’ve been brought up on a diet of Hollywood rom-coms (and in fairness, most of us have), you probably have the idea in your head that love is this magical, mystical force based on fate or destiny and something which we can’t control or influence.

This is generally the mentality that gets engrained into us from an early age from society around us. Indeed, this is the way I used think, too.

That, however, was before I began studying the psychology of love some 10 years ago now…and discovered THE TRUTH. This is something I want to share with you in this article.

Let me tell you a story…

Edward enjoyed his job working at the engineer’s office, preparing construction drawings and organizing files for site. However, the manager Edward was working under decided to change to another job and a new boss was brought in..

This new boss was much more demanding and arrogant. Gradually, the new boss started picking on Edward’s work in particular and any small mistake he made. He would make him look like a joke in front of the entire office.

Edward was getting fed up and it was starting to bother him. Edward could see no way out, and after eight months of this torture, he felt it was too much and decided he’d have to get a new job.

Let’s examine Edward’s subconscious at this point. Here Edward’s mind concludes that his boss can’t be stopped and that it’s better just to avoid him all together by getting a new job.

Basically Edward’s subconscious wants to ensure these negative feelings come to an end, so it’s triggering a negative feeling in Edward toward his boss so as to guarantee that he won’t come near his boss.

In other words, Edward’s subconscious mind is making him hate his boss to ensure he won’t come into contact with him again and stay clear.

“Love is a device your subconscious

uses to get you closer to someone.”

The connection between love and hate:

Hatred is a device used by the subconscious mind to make sure we avoid someone who harms us or who demonstrate a threat to our well-being.

If every time the boss annoyed Edward, his friend Emma talked with and comforted Edward afterward and took his side, telling him how much of a loser his boss was, Edward would begin to feel positive emotions toward her.

Over the days, Edward’s subconscious mind will be programmed into realizing Emma makes him feel good, so it’ll start to think of a way to bring her into his life more.

Our subconscious uses love to draw people in.

This is how the psychology of Lovemaps works. Your subconscious is constantly on the lookout for a means of compensating for areas/aspects of your life that are out of balance. This is how your subconscious mind cares for your well-being.

The more aspects a particular person can compensate for, the stronger the attraction your subconscious will cause you to feel for that person.

When it determines the person can compensate particularly well for you (i.e. this other person matches a good number of the specifications on your Lovemap), it causes you to fall in love with them.

In short, love isn’t anything more than a device your subconscious uses to get you closer to someone who gives you positive emotions when you’re around them. It makes you want someone who would be a positive influence on your well-being.

In my upcoming book “The Lovemap Code: How to Make Someone Fall in Love with You Using Psychology,” I show the never before seen step-by-step process of how to match a person’s Lovemap in order to make a particular person you may like fall in love with you.

You Love Her But She Doesn’t Love You

The Cure for Falling Out of Love

6 Love Songs Made for Men