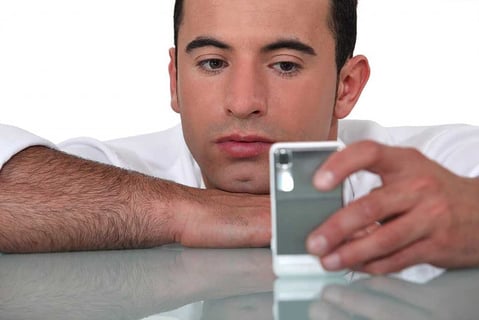 Why is She Ignoring Me?

Let’s say you began seeing someone and things are firing on all cylinders. You’re talking, texting, emailing and even Skyping.

Then things severely slow down. What was once a daily call now switches to every other day, then once a week, then zip.

What could be the reasons? Let’s take a look:

1. The Chemistry Has Fizzled

If she isn’t feeling connected to you, she’ll look elsewhere.

It happens to everyone. One minute you have that crazy attraction, and the next she says she’s tired and ready for bed (alone) and it’s only 8 p.m.

It’s hard to take because many guys believe once they’ve been intimate, they’re good forever. Not the case, sorry.

Women love with their hearts and their bodies, and if she isn’t feeling connected to you with both, she’ll be looking elsewhere.

2. She Wants to Get Married and You Don’t

This usually occurs after a few months. A commitment-minded woman constantly takes inventory to see if you’re marriage material. If she decides you’re not that guy, she’ll cut her loses and move on.

It could be that you’ve never said the “M” word and don’t speak of the future together. Or maybe you don’t measure up with who she has in mind as a potential mate financially, emotionally, sexually or all three.

This said, don’t take this hard. Everyone’s needs are different, and there’s someone for everyone no matter what your quirks and traits happen to be.

This is the toughest one for a man to handle, particularly if you felt love for her, but know that she did you a favor because now you’re free to find the one who’ll make you both happy.

Know that she did you a favor because now you’re free to find the one who’ll make you both happy.

That isn’t much comfort if a whole lot of time has passed, but as the hurt slowly subsides (and it will), next thing you know you’re calling and texting the lady you’re meant to be with.

4. She Has Cold Feet

Lots of ladies out there will agree by saying it’s usually the man with this issue, but women get timid, anxious and scared, too, and if she isn’t ready to move forward, she just isn’t ready.

If she tells you this is the reason, respect her decision and don’t push. Just let her know you understand, and if she comes back, chances are things will be better than ever.

Perhaps she became offended by making her feel she isn’t being treated well or special any longer.

Perhaps she became offended by making her feel she isn’t being treated well or special any longer. Or maybe you became lazy with sex and romance, started ignoring her texts and calls or developed a less than caring attitude.

If this is the case, it’s time to reflect on what you’ve been up to and how to fix it. If you can get her to reach out again, use this as an opportunity to be the man she saw when you began dating. And she did see potential. If not, she’ll move on without further explanation.

Also, did you two have an argument? If it was harsh enough for her to stop communicating, chances are things are blown for good. Women never forget when you make them feel small, insecure, unsafe or insignificant.

Communication is, without a doubt, one of the biggest measures of a woman’s temperature. If she’s happy, content and excited about her future with you, you’ll never go without hearing her voice. If not, reflect on your experiences, move forward and learn to be the man whose phone never stops ringing.

Say Goodbye to Her Mixed Messages

My Girlfriend Has Lost Interest In Me