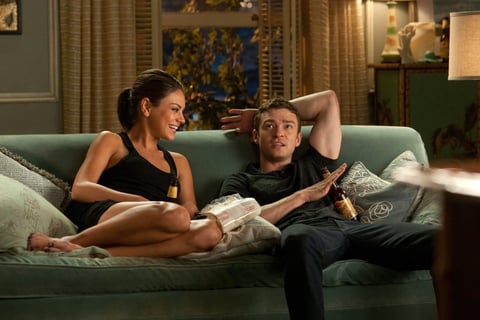 5 Reasons Why a Neighbor with Benefits is a Good Thing

I used to have a really hot neighbor. She was divorced. I remember the first time I saw her.

I pulled into my driveway, and there she was talking to somebody, a guy I hadn’t seen before. I made that crumpled up face we do with pouted lips and a furrowed brow, half closing one eye while deep in thought, slowly nodding my head up and down and saying “hmm…”

I figured it was her boyfriend, but I found out later it was her brother. Lucky me! I made it a point to introduce myself, and we became friends.

We would hang out and chat late into the night, or she would need help doing things around the house occasionally. I really enjoyed spending time with her.

There was always an underlying sexual tension, though, until one day when we decided to act on it. From that moment on, we became neighbors with benefits. Even during a period when I had an open-minded girlfriend, we would hook up occasionally.

I found out there are some great advantages to having a neighbor with benefits:

You’re sitting home alone. There’s not much on TV, and you’ve given up on Facebook. You decide to go to the local swingers club, but it’s Tuesday night and it’s closed.

So you call your neighbor and invite her over to watch a movie and more. Or she is sitting home alone, feeling lonely on Wednesday night, and sends you a text message to see if you want to come over. Either way, you can’t beat the convenience of being 100 feet away.

4. Someone to Talk to About Swinging and Relationship Topics

If your neighbor with benefits happens to be a swinger couple, then you’ve got someone you can talk to about your experiences in the lifestyle. You can talk about the horrible date you had last night or the party you are going to tomorrow.It’s always nice to have someone to confide in about feelings and emotions that we experience with people we are dating. My neighbor and I were friends first, so I felt comfortable running things by her. It was nice getting a woman’s perspective on things.

3. You Can Help Each Other Out

You’re baking a cheesecake for Thanksgiving and realize you are out of sugar. It’s after 10 p.m., and the stores are closed. What will you do? Walk over to your neighbor’s and see if you can borrow some sugar. If you’re lucky, you might get more than the kind of sugar you need for the recipe.

Being able to help each other out with things like recipe ingredients or painting a bedroom are what having a neighbor is for.

Add casual sex into the mix and voila … what a recipe!

The familiarity and compatibility of knowing you and your neighbor are there for each other without all of the emotional baggage that a boyfriend/girlfriend relationship might bring is very liberating.It’s comforting when you know the other person and what his or her likes and dislikes are, and vice versa. Hooking up with someone new can be stressful, so not having to deal with that stress when you want casual sex is great!

I’ve decided not to hook up in the past after thinking through the long drive in the morning during rush hour, but the nights when my neighbor would call at 2 a.m. wanting to hook up, I’d be right there. I would give my girlfriend a kiss and then walk on over.

She didn’t have to worry because I was right next door, and then when I came back home, we could talk about the experience and share in the eroticism together.

Whether you’re single or part of a couple, having a neighbor who’s as open-minded as you can be carefree, exciting and tons of fun.

John Melfi is in an open relationship with his wife, Jackie. Together they are the driving force behind some of the most well-known swingers clubs in the world. John and Jackie recently were featured in an ABC News Nightline special report called “Getting ‘Naughty in N’Awlins’: Inside a New Orleans Swingers Convention.” They also coach couples on the lifestyle and frequently blog on the topic. Visit www.openlove101.com to sign up for their FREE newsletter and get updates on their videos and articles.