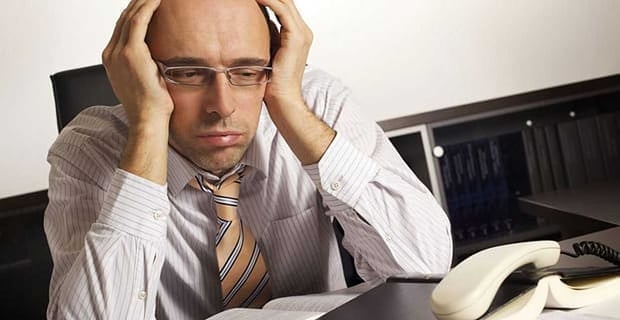 Why Successful Men Struggle to Find a Good Relationship

It seems like those who are the most successful should have the easiest time attracting romantic relationships, but that’s not always the case.

For example, when I was younger, I worked as a massage therapist. During that time, I constantly had the thought, “Of course, men will want to date me. Who wouldn’t want to date a woman who knows how to give a good massage?”

I was baffled that not only did the men I meet not seem to care at all about that, but most of them lost interest in dating me very quickly.

Turns out, having a good “resume” doesn’t mean nearly as much as most people think it does.

It’s a common myth the best looking, richest, smartest or even the most moral person will have the most dating options. Simply being a good catch doesn’t mean others will be attracted to you in that way.

On the flip side, sometimes it seems like those who haven’t done very much with their lives (or worse, those who take advantage of others), can effortlessly find sexual partners and even long-term relationships.

This is why women sometimes date jerks and books like “Why Men Marry Bitches” have become so popular.

This poses a problem for the successful and single.

I often have such clients ask me, “Do I need to give up working so hard/doing so much/caring so much about others in order to be successful at dating?”

The answer is you don’t, and any relationship that would require you to compromise your standards, ethics and personality is not worth it anyway.

However, there are some dating pitfalls successful people run into that can sabotage their ability to find a good relationship.

By understanding what they are, you can learn how to avoid them and start attracting quality partners into your life much more easily.

1. Approaching relationships as an achievement

I worked with one client who was a successful business owner, and he would wonder, “I’m a good man. I’ve worked hard and become successful, and I would treat a woman well. Why does every woman I meet pass me up for these guys who’ve done nothing with their lives?”

Most people, through attending school as a kid, learn how to achieve goals. Even if they themselves struggle, they gain a concept of how someone could do it.

In addition to this, most children receive praise for their achievements (good grades, acceptance into elite programs, awards, parental affection, etc.), which encourages them to go after more achievements.

Eventually, they learn the way to achieve these things is through a combination of opportunity and hard work, and they build the habits of success.

These habits carry over into adulthood as someone transitions from achieving good grades to achieving career success and recognition.

Because they have gotten so comfortable approaching most of their life this way, and reaping rewards as a result, they naturally become inclined to approach relationships in the same way.

This can even become as extreme as setting the goal to “get” a wife the same way you might get a bigger house to live in or a promotion.

This often results in doing a lot of extra work to prove you’re “up for the job” of being someone’s girlfriend.

However, while success can be achieved by working hard and developing yourself, relationships can really only happen when you learn to connect with others.

The reason why none of the men I dated cared about my skill as a massage therapist is that I didn’t care enough about what they could bring to the table.

Having created success for yourself is not totally unimportant in dating, as it does demonstrate what kind of person you, but it’s not nearly as important as knowing how to make another person feel good about themselves, which is an essential dating and relationship skill.

Instead of working hard to demonstrate that you’re a catch, start focusing on whether or not they’re the right catch for you.

Get curious and ask questions about them and their life. People love to be listened to.

“If you’re good at other areas, you

have attitudes that lead to dating success.”

When there’s no one else in your life, there’s no one around to throw you off your game. You have your own living space and (unless you have kids) you aren’t really responsible for anyone except yourself.

This kind of freedom allows a level of personal productivity that most coupled-off people can only dream of.

A new relationship can make anyone feel like a fish out of water, and this is especially true for those who have developed their own routine of consistently working hard and achieving goals.

When I first started dating my fiance, I was amazed at how quickly my life became disorganized and chaotic in a way it never had when I was on my own.

Not only does a relationship take time, the more intimate you become with someone else, the more they can affect you.

For example, it’s much more difficult to pull off that presentation if you were up all night fighting or having sex with your partner than if you had been alone, without disturbances and could get a good night’s rest.

Because of this, many successful people either consciously end or unconsciously sabotage any relationship that starts getting too serious because they “can’t handle all of that drama right now and already have too much going on.”

If this sounds familiar, then ask yourself if you are really ready for a relationship right now. Remember, wanting something and being ready for it is not the same thing.

Are you ready to make room for someone else in your regular routine? If not, that’s cool. Embrace that and you can start to actually enjoy your single, successful lifestyle until you are ready to include someone else in it.

In many ways, this is the flip side of pitfall number two. Successful people have conditioned themselves to persevere when most people would give up.

Steve Jobs has been quoted saying in order to be successful, you need to have the passion to keep going when most reasonable people would give up.

While attitude is essential when it comes to career achievement, it can be very detrimental when it comes to relationships because it can cause you to stubbornly stick to “making it work” with someone who isn’t actually compatible with you.

Hand in hand with this comes feelings of failure and wondering “What’s wrong with me?” or “What did I do wrong?” if a relationship does end.

There’s a sense you got fired from the relationship the way you might get fired for underperforming at a job.

The belief that breaking up with someone equals failure and staying together equals success causes many people to stay in unhappy and even abusive relationships for months or even years.

Just because a relationship ends does not mean it wasn’t successful.

True relationship success comes not just from knowing how to work through conflicts and increase passion and intimacy, but it also comes from being able to recognize when it’s time to let someone go and move on without taking things personally.

The good news is if you’re already good at other areas of life, you already have many of the attitudes that do lead to dating success as a natural foundation.

Now all you need to do is develop the skills that are specific to attracting others and forming healthy romantic partnerships, and you’ll be able to find dating success in no time.

The #1 Problem with Singles Looking for Love

Should You End It?

Tips for Teens About Healthy Relationships

What’s the Difference Between Dating and Being a Boyfriend?