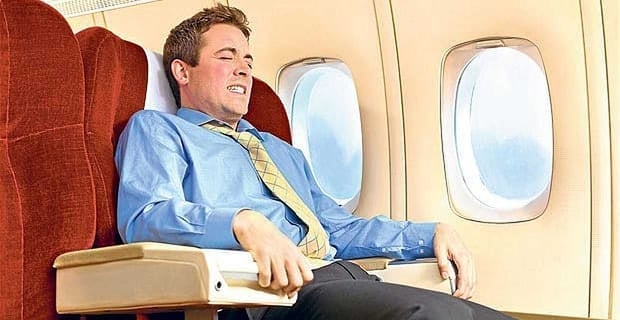 Why Viagra and Airplanes Don’t Mix

This is the story of a Viagra incident gone hilariously wrong, as told through David Wygant for a client of his.

I personally don’t have to use Viagra, so I don’t have any personal stories to share with you.

However, I’ve been asking around, and I can tell you I’ve heard some very funny stories.

This is the best story I’ve heard

A client of mine was going to meet a woman for the first time in person. They were meeting in Thailand.

He’d never been there before. She lived in Hong Kong and he was somewhere else in Asia.

They decided to meet in Bangkok for a few days and then head out to Phuket.

They flirted like crazy over the phone, and their emails were always very suggestive. He decided he’d take a Viagra right before the plane landed so he could wow her with his performance when they met.

With the thin air and compressed atmosphere on the plane, it turned out the Viagra started working much quicker than he expected.

By the time the plane landed, he was fighting an erection as he walked off the plane.

Walking through the terminal, he had a full-on erection

He didn’t know what to do. He couldn’t reach into his pants because he was in a Buddhist country and had some respect.

He went to the bathroom quickly and did the tuck-up.

You know the tuck-up we used to do in grade school when we had an erection and had to go talk in front of the class?

You had to do something on the board, and for some weird reason, you got an erection. What you did to hide it was tuck your penis up and put it in the snap of your underwear.

However, as he was going through customs, security had to frisk him to make sure he wasn’t bringing anything illegal into the country.

He thought to himself, “No problem. They’ll frisk me and pat me down. I’ll be fine.”

As they were patting him down, they patted his side, which made the band of his underwear move.

As it moved, his full-on erection came face to face with a short Thai man.

What did he do after that?

He smiled. The Thai man didn’t say a word. All of a sudden, everybody noticed in line. He was standing there with a full-blown erection in customs.

What does he say? He just shook his head and said, “It was a long flight. It’s the morning for me.”

3 Things You Should Know Before Sleeping with Her