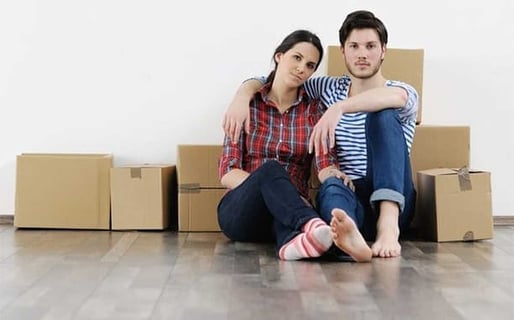 3 Things to Consider Before Moving in With Your Boyfriend

Making the decision to move in with your boyfriend isn’t as easy as wanting to share the cost of high-speed Internet or doubling your record collection. The decision comes with a lot of important, life-changing things to consider. Is he a neat freak and you’re a slob? Does he think interior design means felt posters and a black light?

It doesn’t matter if you’ve been together for six months or six years, there are still important topics to consider before the big move-in is made official.

Interior design and overall aesthetics may not seem important. That is until you move in together and fight over everything from a candelabra and pleather recliners, to what to hangs on the walls.

Remember, unless you get a storage unit or have very nice parents with a large basement or garage, you’re going to have to downsize your belongings to become one half of a whole. Are you ready to give up your stuffed animal collection or concede when it comes to a big screen?

Before co-signing a lease and moving in together, take a good, hard look at what it will be like to live together. Most likely you’ve spent a lot of nights having sleepovers.

Did your guy put out fresh flowers and make you breakfast in the morning? Or is it standard to find old Taco Bell wrappers and pizza boxes around the house? Chances are, this is how he’ll be when you guys move in together.

Are you willing to live with a slob? Can you give up potpourri and floral-scented cleaner?

If the pending move-in is the result of an ultimatum, then beware!

Say you gave your boyfriend the ultimatum that the only way you would move in with him is if he quit smoking. Maybe he’s quit for a few months, but you have no guarantee that it’s permanent. He might pick up the bad habit again, except this time you co-signed the lease for an apartment.

Would you still stick by him? Or would you consider that the end of the two of you living together?

These are only three things to consider when deciding whether or not to move in with your boyfriend. Again, the time you’ve been together is not nearly as important as how the two of you gel.

There are dozens, if not hundreds, of topics to discuss. What’s essential for you? And what are you OK compromising on? Give it some serious thought.

5 Signs He Has Commitment Issues

10 Questions to Ask Your Boyfriend (Before Getting Serious)