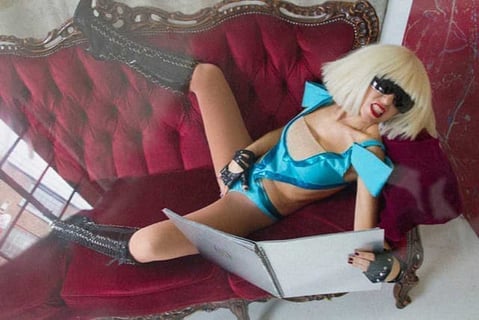 I first discovered that my body could give me ecstasy when I was about five and accidentally made the intimate acquaintance of the shiny faucet of an old claw-foot bathtub as I was romping around in the bath.

When cold drops of water dripped onto my labia, I was stunned. The feeling was indescribably amazing. I loved taking baths after that, and I even secretively climbed in there a few times to feel the icy trickle between my legs.

I didn’t know why I liked it so much or why that part of me was so sensitive, but at that age, I didn’t stop to question. It just felt good.

I remember that sensual child fondly, along with the 8-year-old who rocked on a chair that rubbed her just the right way and the 13-year-old whose imagination suddenly exploded with fantasies that made me rub my crotch against pillows and blankets to get off.

People who have never masturbated, or who feel intensely conflicted about it, almost invariably have significant sex issues when they begin having partnered sex.

That’s one of the strange little secrets throughout American society.

There is no evidence to support such allegations. They are, in essence, old wives’ tales that have been dressed up and repackaged for 21st century prudes.

Studies back up the health benefits of orgasms

The last 20 years of studies across the health sciences have abundantly yielded good news about orgasms.

Orgasms trigger the brain to produce a natural cocktail of chemicals that help humans experience love and intimacy while promoting better health throughout our bodies.

Let’s all be honest: it’s absurd to be ashamed of something that is good for you.

Gloria Brame, who has a Ph.D. in human sexuality and is a board certified sexologist, is best known for her books "Different Loving" and "The Truth About Sex", which promote evidence-based, pro-diversity perspectives on human sexuality. Gloria's newest book, a sexual memoir titled "A Fetish for Men", will be published in 2015. Find her at gloriabrame.com.

When Should You Have Sex?

Who Gets Laid on a First Date? [Video]

How Can I Tell if I’m Addicted to Sex?