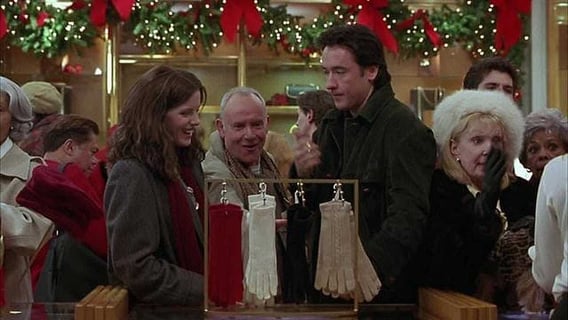 It’s true that I am a professional relationship coach, but before I became one, I was a struggling single just like many of you reading this. Then I met my amazing husband, and all that changed.

But without the intervention of one woman, which prompted a reversal of my decision to cancel our first date, the entire night may have never happened…

I had been online dating for a while, and one day I connected with (yet another) guy whom I thought might “fit the suit” as they say. We talked a few times on the phone and the conversations were decent enough, so I decided to set up a first date.

But on the day we were set to meet (just five hours before), I called him up and cancelled. My excuse? I was not feeling well. In reality, I was feeling just fine, but I started having cold feet about meeting him and wasting my time.

Then the negative self-talk kicked in. I told myself that because he has a job in the entertainment industry (he probably lives in the fast lane) and he travels a lot (which means I’ll probably never see him), he’s not my really my type.

This, combined with some of the other things I will get into in my TOP 5 LIST below, prompted me to come to the conclusion that this was not a person I can have a long-term relationship with, thus I should cancel the date.

On the day we were set to meet, I cancelled. My excuse? I was “not feeling well.”

I used to work in corporate sales, so I went on a sales call for my job at the time and for some reason told my client about canceling the date and the reasons why.

She told me I was CRAZY and to call him back right away and reset the date. I was shocked. You see, her husband had a very similar lifestyle and the two had been happily married for 10 years.

Plus when her husband was out of town, she didn’t have to cook or clean and got to be in charge of the TV remote and watch what she wanted for a change.

I took her advice and called him back, and what was supposed to be a 30-minute meet-up turned into a five-hour dinner date. Eighteen months after that, we were married in an amazing wedding that overlooked the ocean.

Soon all my single friends were asking me for advice on how to get such a great guy and have such a great marriage, and a strange thing happened. I was really helping them. That’s when I decided to get my credentials and become a full-time relationship coach.

So with that, here are the top five reasons I almost never met my husband … and what you should learn from them!

1. I  was too closed-minded

Have you ever heard someone say “They’re just not my type“? I had a type too, and my type did not include anyone who was any more than five years older than me. In fact, I actually liked dating men my age or even younger than me but definitely not someone who I considered old.

If I didn’t make that change and lean into the discomfort of what I thought I needed, the date never would have happened.

One of the biggest mistakes we as daters make is living in the past. When we start to date someone, or in this case (even before you date someone), bringing all those negative experiences can be extremely destructive.

I always teach to be positive and look forward, but I didn’t have anyone to coach me back then. When my husband and I first started talking on the phone, I spoke about some of my past bad relationships and dating failures.

Later on, after we were dating, he told me how these conversations kind of turned him off. He told me he assumed it was a defense mechanism for online dating pitfalls and he took the chance that I was a much more positive person if given a chance. He was right on both fronts, but luckily for me he allowed me to prove it.

3. I was afraid of getting hurt

Anytime you go out with someone new, you run into a chance that you may like them and they don’t like you back.

As someone who considers herself very sensitive, the prospect of going out with a guy who could actually hurt me never left my mind. I had already told myself that maybe I don’t even want to go out with this guy, so if I had those feelings and he hurt me, I will hit me twice as hard. Once for being rejected and once for the feeling, I shouldn’t have been on the date in the first place.

In the end, the fear lost out to the prospect of meeting someone new!

The fact that I canceled the date rather than take the chance was just pure laziness.

The fact that I canceled the date, hours before we were to meet, rather than take the chance of possibly meeting someone fun and cool was just pure laziness.

I mean, how many of you singles out there have said “I just don’t want to go on another date with someone who isn’t right for me”? Now I teach my clients to reframe their thoughts about dating and realize there are always takeaways on both good and bad dates.

Keep a positive attitude, have fun while practice dating and don’t get attached to the outcomes. Remember if I didn’t jump-start myself to take a chance on our date, today I would not be married to my husband and quite possibly never married in my life.

5. I didn’t know what I required in a partner

One of the things I teach in my Conscious Dating Program is there are three categories for what you desire in a relationship: requirements, needs and wants.

Requirements are the deal-breakers or non-negotiable things you must have in a relationship (i.e., He treats me like a priority). Needs are the things that must occur in your relationship for you to be content or happy, but they are negotiable (i.e., He has a good job). Wants are the more superficial qualities that are sometimes called traits (i.e., He’s tall).

It was my sales client in the story above who reminded me that my husband’s career and travel were really outside my requirements. Maybe I really could live with them … they were negotiable.

And she was right. Today not only am I able to accept his choice of career and travel schedule, but they often find ways to bond us further.

Amie is a certified master life and relationship coach, receiving her training at the Relationship Coaching Institute. Since then, Amie’s relationship coaching and mentoring support has empowered countless singles to discover their true selves for the first time. Her non-judgmental approach allows people to a feel safe and open to communicate freely. By employing a newly ingrained belief system, along with using methods and tools that are proven time and time again, her clients discover the true value of who they are. It’s then for the first time in their lives, they begin to move forward in a positive way by attracting the meaningful relationship they never thought possible.

Are You Really Ready for a Relationship? 5 Ways to Know