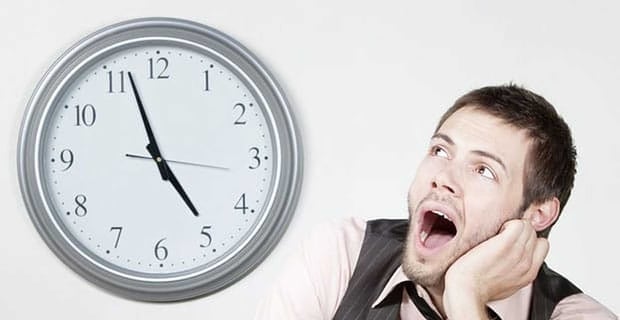 Those first weeks or months of encounters and dates seem to be filled with such great promise, high hopes and exciting possibilities. And then the balloon pops, the sizzle fizzles and the spark goes dark — at least for him. All of a sudden, those nights filled with LOLs turn into days full of WTFs.

Why do some guys lose interest when things seem to be going so well? Here are a few thoughts that might help you make some adjustments that could help you increase his attention span.

Guys definitely thrive on conquest. But, if the wooly mammoth just followed the hunter home and jumped on his barbecue pit, it would not have tasted so sweet, and the celebration surrounding the feast would be short and boring.

The hunt is what gives significant value to the conquest. Men believe that anything worth having is worth working hard for or even fighting for.

Things gained too easily don’t carry a high value. You would have never seen a squirrel’s head hanging on a cave wall, but you might have seen the head of a saber-toothed tiger.

Give the sexual tension a chance to build so your amazing gift can be appreciated more fully and with a bigger burst of delight for your man. Sure, sometimes the mood can be magnetic and the time can be right early on, so go ahead and capture the magic of the moment. Just make him wait an extra date or two for the encore.

Women often look for a solid provider and protector, and then they will choose one who is also a good playmate. Men look for a fun playmate. They will eventually zero in on one who can also challenge them and complete them in other ways.

Early on, men are captivated and blown away by the wonderland of your femininity. They don’t fall in love the same way you do or for the same reasons.

You may be ready to take the emotional aspect of the relationship to the next level, but he’s still enjoying the honeymoon. You may be ready for him to move in and begin a commitment, but you’re getting way ahead of where his head is at.

He may be ready too, but he doesn’t know it yet. Until he figures out for himself that he needs you and that you have become a necessary part of him, your love and tightening grip will seem like a trap, a prison and the end of freedom and life as he knows it. He will get scared and run away.

Once he’s had his “Aha” moment, he will see the commitment of love for the paradise it is, and he will gladly join you there. Don’t move too fast, even if he says he loves you.

“You want as many things as possible

to pull your man closer to you and

as few things to drive him away.”

Men are independent creatures by nature. They may appreciate a little fashion advice, if it doesn’t change their self-image. But they don’t want you to schedule their itinerary for them.

Imagine that you met a prince and just wanted to go out with him. Well, the palace guard comes to your place and takes over. They replace everything in your closet with snobbish attire. They cut your fingernails and remove the cute little designs in favor of cherry red polish to match your new required lipstick. Your piercing jewelry is discarded, your little butterfly tattoo is removed, your gold necklace is replaced with pearls, and your hair is chopped into a bob with no highlights.

All you wanted was to kiss the cute guy and maybe pull his pants down, but you never bargained for anything like this. Men are trainable. You just have to ease into the adjustments. If you tighten the bolts too hard or too fast, you’ll strip the nuts and they’ll fall off. Ouch.

They made a movie about how to lose a guy in 10 days. Sometimes a woman’s habits or actions send up too many red flags, and a guy just has to scamper away. Too much talk about your ex, describing what your babies will look like, or being too needy and clingy are not only red flags, they’re kind of creepy. It’s hard to hold back all of your amazing qualities, but sometimes it’s for the best.

is a two-way street. You have to like him, and he has to like you. Remember that men are often attracted first by the candy, and then they learn to appreciate the woman that you are.

It should be no surprise, then, that things may begin with a lot of excitement and heat, both of which can fade quickly.

His natural instincts tell him that the hunt ends with the conquest, so it is up to you to show him another dimension of your value as a partner that will keep him interested. Still, not all relationships are meant to be. Your traits and interests that are perfect for one man may mean nothing to the next.

The bottom line is that you want as many things as possible to pull your man closer to you and as few things to drive him away. When it comes to the physical, emotional or psychological aspects of your relationship, try to allow your man to feel free, independent, unthreatened, challenged, in control, and content.