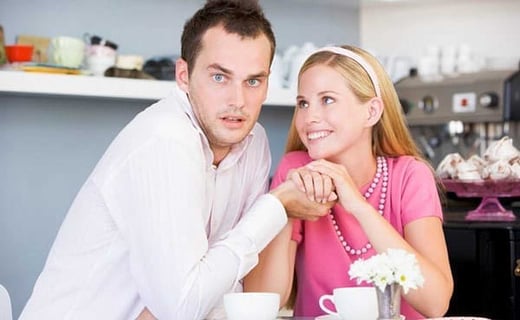 5 Signs He Has Commitment Issues

Dating someone who is not committed to you can be extremely challenging. You may feel chemistry, or even love, but it takes more than that if a relationship is going to stand the test of time.

A man who isn’t committed to your relationship will often give various signs that he’s not in it seriously or for the long haul. He may see your relationship as something to participate in as he pleases, but this isn’t being fair to you or to the relationship.

Relationships require effort and openness, and if he’s not ready to provide that, there’s not much you can (or should) do to force him.

Here are some signs to help you know if you’re in the right relationship or stuck in one that’s not progressing the way you want:

A non-committed man will never make solid plans with you, or he’ll break them at the last minute. If he’s not committed, he most likely won’t feel bad about breaking plans.

You might find that he always leaves the planning up to you, making his only task that of showing up. If he’s not putting in the effort to see you, talk to you or make the plans once in a while, he isn’t relationship-ready.

2. He won’t discuss the future

If your goal is marriage or at least an exclusive relationship with someone, you should be able to have that conversation and come to a conclusion that leaves both of you feeling good about it.

Oftentimes, men who aren’t committed will not even entertain this conversation. They won’t want to define the relationship because labeling it or giving it a title such as “official” is something that requires a commitment.

Men who aren’t committed will not even entertain this conversation.

A man who views your relationship as optional won’t put much effort into it.

You may realize there isn’t any urgency to return texts or phone calls, or he may not remember to do something you asked him to do. He may not do nice things for you, make plans for you or even be around when you need him.

Being responsive and thoughtful is what makes a relationship meaningful and exciting, and if he won’t put forth any effort, he most likely doesn’t feel any obligation or commitment to the relationship.

In his mind, he’s thinking if it’s not going to be serious anyway, why should he pull out all the stops?

4. He won’t introduce you

In a committed relationship, a man will want you to meet his family and friends, and over time this will naturally fall into place. But if he’s not willing to introduce you, or won’t even discuss the possibility, it’s not a great sign.

He should want to share his life with you. Meeting those who are important to him is an important step in establishing an even deeper connection.

If he’s not willing to introduce you, it’s not a great sign.

A man who keeps you at arm’s length emotionally and refuses to discuss important topics with you is showing a lack of commitment.

Someone who is committed to you will be there with you through the tough times and the challenges and be able to come to you with an open heart. If he runs away from challenges, or pretends that problems don’t exist, he has built walls to either protect himself or keep you out.

Open-heartedness is a critical quality that’s needed to make a relationship last.

So if you’re in a relationship and you start to see these signs, it may be time to realize that the commitment you’re looking for may not be there, regardless of the chemistry and love you feel.

Remember actions speak louder than words. If you desire commitment, it’s only fair that you find someone who can provide it for you.

Jessica Nicklos is the founder of Better Half Matchmaking, a matchmaking and dating coaching service for successful, relationship-ready singles in South Florida. She has many years of experience in communications, psychology and social media, which she utilizes to match her clients and provide dating and relationship advice. To connect with Jessica or learn more about Better Half Matchmaking, please visit www.betterhalfmatchmaking.com.

Why Do Women Stay in Abusive Relationships?

Can You Be Monogamous and Attracted to Other People?

He’s Not Ready for a Serious Relationship. Now What?