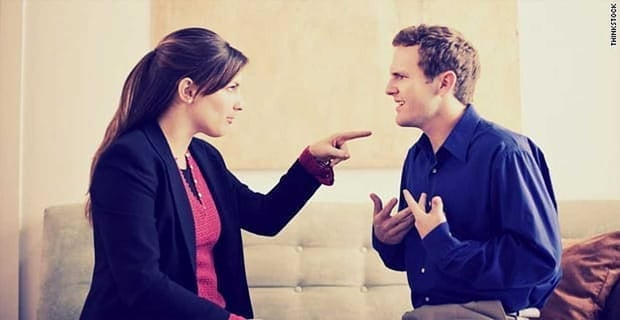 5 Tips for Breaking Up the Right Way

It’s not something you plan for or hope will happen, but the reality is until you meet that right one, all of your relationships will end either by your hand or his.
If it’s his choice, you won’t have much of a say in how the breakup goes down. If it’s your decision to end the relationship, and he hasn’t done anything to deserve being tied up to your nearest railroad track at rush hour, you can break up the right way or wrong way.
We all know what the wrong way is because we’ve all been there at least once in our dating journey. We all know it really sucks.
Here’s how to break up the right way.

If you think there still might be hope for the relationship, then dive in full force and give it your all. But if you’ve made your decision, you owe it to yourself and your partner to end it ASAP.

Dragging it out because you’re afraid of hurting him will just waste his time and prevent him from finding his true love. He’ll hate you for it, and with good reason. So tear off that Band Aid and be done with it.

“He deserves some sort of explanation,

even if it’s not the whole truth.”

2. Pick the right time and place.

I’m not telling you to postpone telling him indefinitely, but try to be sensitive regarding the time and place you choose to break up with him.

Thanksgiving dinner at his parents’ house is not the right time. Neither is 11:55 p.m. at a New Year’s Eve party. Do I really need to explain?

If the relationship is on the rocks and obviously heading toward destruction, the breakup won’t come as a surprise to him. But when the guy thinks all is well, you can’t just run him over with a tractor trailer and speed off to your next adventure.

He deserves some sort of explanation, even if it’s not the whole truth. He’ll still be hurt, but at least some of his crushed ego will be salvaged.

After you break up, don’t show up at his favorite hangout with your new boyfriend a week later. Yes it’s a free country and you used to hang out there too, but have a little heart!

Give the guy some space to get over you and move on.

Don’t try to be friends with him. You might be able to maintain a friendship because you’re not into him, but he can’t be friends because he is still into you. Find another friend to share your dating stories with, and let the poor guy get on with his life.

Arnie Singer is a rabbi, author and dating coach who blogs at itoido.com. He is the author of "From I to I Do: How to Meet, Date and Marry Your Mr. Right."

How to Fix a Broken Relationship: An Expert’s 10 Tips