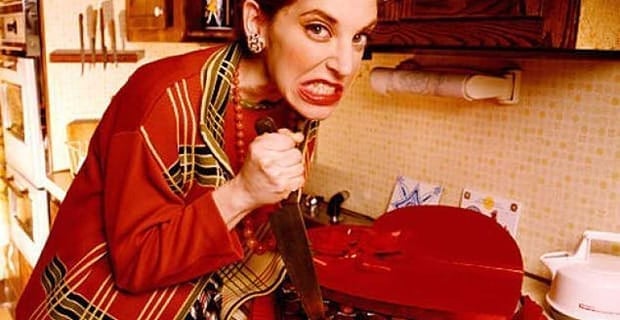 Buying a gift for your guy can be challenging any time of the year. On Valentine’s Day, women typically think about what their guy will do for them to be romantic.

Still, a woman should show her appreciation and not show up empty handed or with any of these gifts in mind.

Men pride themselves about being handy around the house, but this isn’t Father’s Day. Giving him a tool kit sends the message that you have a to-do list filled with chores. Not too romantic, is it?

If you’re looking for an aphrodisiac, stopping into the department store or local pharmacy to pick up a bottle of Old Spice or cologne shouldn’t be on the list.

It screams last-minute convenience, and it might not even be the scent he likes to wear, if he even wears cologne at all.

Sure the stores are filled with red and pink aisles of candy and memorabilia, but heart-shaped boxer shorts are not something he’ll get aroused wearing on Valentine’s Day.

Leave the gag gifts at home and avoid edible underwear at all costs.

Depending on how long you’re dating, giving him an expensive watch or jewelry just might make him uncomfortable, especially if he only brings you a card.

When in doubt, have a conversation about budgets for Valentine’s Day and never get him something that will make him think you outspent him.

It’s fun to play around in the bedroom, but don’t be surprised if he dumps you if you give him this gift.

Even if he doesn’t pull out the ruler to measure, every guy thinks he’s bigger. Don’t burst his male bubble or you’ll find yourself flying solo.

Don’t attack your manly man’s grooming techniques on Valentine’s Day. This would be the equivalent of him giving you a scale to monitor your weight. Not too sexy, is it?

Whatever you decide to do, show some appreciation for your Valentine and take the time to at least pick up a card at the store and personalize it to show your gratitude for spending the most romantic day of the year together.

What are some of the worst Valentine’s Day gifts you’ve ever received?

The #1 Person You Should Call If You Want a Date