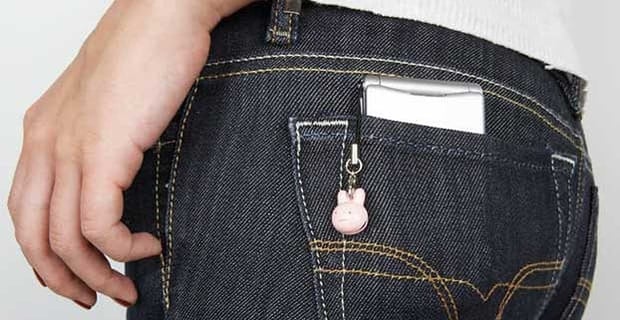 Another Tuesday night, another late night booty text from that guy you met at Home Depot. To accept or not accept? That is the question.

The answer to that question is – yes! Here are eight reasons to accept his booty text.

1. Reward him for minimizing pointless conversation.

You’ve got to respect a man who respects your time. He’s not wasting minutes of your life with a phone call, asking how you are when he really doesn’t care. He’s avoiding meaningless pleasantries so he can get to the meaningless sex.

Where are you going to find a guy like this? Nowhere. Or pretty much everywhere.

So why not give it up? This is a solid reason to accept his booty text.

2. You’ve already slept with him.

Let’s face it – the days of holding out until monogamy were just that: days. The dream of waiting for a real dinner date before boning died the night you two turned a happy hour into a happy ending.

Why play coy now? If this is the case, there’s really no reason to not accept his booty text.

3. You have low self-esteem.

You’ve had a string of bad dates and the last guy you liked never called you back.

You have to admit it’s actually pretty flattering that he’s coming to you for some loving. You’re probably one of only a dozen or so special girls he sent the same text to.

When life hands you this big of a compliment just when you need it most, it would be a sin to ignore it. Answer that booty text!

4. You need someone to change that lightbulb.

No, that’s not a euphemism for sex. You literally have a lightbulb in your apartment that’s too high for you to reach and can’t wait until your best friend Jonah comes back from the Caribbean to help you.

Slyly invite him into your bedroom, grab that new lightbulb and have him change it. Then turn that light off and make love like a woman who knows she can turn the light back on whenever she wants (because that’s exactly what you’re going to do).

to rest with meaningless sex.”

The months of not shaving have been glorious, but now you’d break out the razor for just about anyone. We are all social creatures, so it’s hard to go months without physical affection. The mild rubbing you do up against the strangers on the train just isn’t cutting it anymore.

Give yourself a break and answer that booty text. You deserve it.

His text says, “Come watch a movie with me,” which totally sounds like a booty text, but maybe it’s more.

Maybe you’ll go over there and you’ll actually sit on his couch and watch at least part of a movie. Maybe you’ll share a laugh, he’ll instinctively hold your hand, you two will look into each other’s eyes and then realize there’s so much more between you. Or maybe you’ll just have mediocre sex and never hear from him again.

Either way, you won’t know unless you answer his booty text!

Put your vivid imagination and capacity for lying to yourself to good use tonight. Step into a world where this is actually your boyfriend, a man who loves you and will always be there for you.

Perception is reality. Pretend he’s the man of your dreams, and then go over there with confidence, cherishing the loving embrace and basking in the afterglow of a real relationship for the few minutes until he asks you to leave because he has to get up really early tomorrow.

8. Prove to yourself you’re not a lesbian.

Lately you’ve been eyeing the blonde barista at Starbucks a little too long. She’s so sweet and always remembers your order. Gee, wouldn’t it be so much easier to just be with a woman right now?

Put that sexual confusion to rest with a solid night of meaningless sex with a dude. Or maybe this will be the last time you ever have sex with a man and you’ll be sexually confused no longer. The only way to know is by answering that booty text.

As a girl who's been single for decades, Sarah Cooper has become an expert in bad dating advice. According to her, there's really no reason to let all this awful advice go to waste. She describes her site, TheCooperReview.com, as Cosmo meets The Onion. Check it out so you, too, can laugh away the sorrows of singlehood.

When Should You Reveal Your Fetishes?