8 Reasons to Introduce Your Boyfriend to Your Friends

So you’ve been dating someone for a few weeks and it’s going pretty well.

He’s handsome, smart, confident, financially sound and you like the way he makes you feel. When you’re with him, you feel like you’re the only woman in the whole world.

The thing is, though, it’s easy to get carried away in all these wonderful feelings.

There are plenty of guys out there who seem like they’re amazing men, but as time goes on, they may be not so amazing.

In the beginning of the relationship, it’s sometimes hard to know if your man’s confidence is the real deal or if he’s just pretending to be confident.

You may like him and think he’s a good match, but you want to be sure.

So what do you do? How do you know if his confidence is for real or just an act?

Simple: Bring him to a get-together with a group of your friends.

This is a great idea for many reasons because you’ll really determine if this guy is someone you want to go long term with or not.

Here are eight eye-opening reasons why your new boyfriend should meet your other friends!

1. You can see how he interacts with people he doesn’t know.

How comfortable is he in a new situation with you? Does he get jealous when you’re talking with your friends or when you meet new people without him next to you?

Is he possessive of your attention? Is he just sitting there being shy, or is he with you as you chat with everyone? Does he interact confidently with people he doesn’t know?

These are just some of the essential things you need to know about a man before things get serious.

2. You’ll see his true sociable nature – or lack of it.

He was outgoing when you met him, but was it an act? Now you’ll see for sure.

Is he curious about other people important in your life, or is he now quiet and reserved?

Remember, though, just because he’s quiet doesn’t mean he’s uninterested in other people. Maybe he just listens carefully and lets other people tell their story, which means he’ll listen carefully to you.

Or is he the opposite? Does he act self-centered and constantly talk about his accomplishments and opinions? Does he even ask what your friends do for a living?

“If they agree he’s a diamond in the rough,

then you’ll know it without a doubt.”

3. You’ll feel relaxed having your peers around you.

It’s always great to be around your friends. They’ll give you a sense of confidence and you’ll have a feeling of independence and freedom.

You’ll know if things don’t work out with this guy, you’ll always have your nearest and dearest to enrich your life.

They are the real cake. Your new man is merely icing on the cake.

Is he loud in a quiet environment? Does he have just one drink or two, or does he like to get sauced? Does he ogle at your female friends (definitely a red flag)? Does he drop one too many F-bombs?

Does he pull out chairs for you and help you to your seat? Does he open the doors for you? Does he offer to get you a drink when he gets up?

That’s all very pleasant behavior, but here’s something to remember: The definition of a gentleman is a high class, courteous man who respects others.

Don’t confuse courteousness with servitude. He is NOT your waiter.

5. You can see how he dresses for special occasions.

This ties into seeing if he’s a real gentleman or not and can be a strong indicator of how he perceives the evening. It can also show his respect, or lack of respect, for the environment around him.

Does he want to sincerely make a good impression? Does he wear a shirt and tie at a sports bar at 10 in the morning when you’re all watching the game? Or does he respectfully conform to the environment to show he’s like everyone else?

6. You’ll see his body language with other people.

Does he talk with his hands? Does he lean forward? Away? Are his hands in his pockets? Does he hunch over a little, or does he confidently stand tall?

Does he nod his head when others make a point (this shows if he’s really listening or not)? Does he show that the person speaking has his full attention?

7. You’ll see if he takes initiative.

For example, when you’re in a restaurant he’s never been to before, does he ask what you would like to drink and then order it for you?

Does he expect you to pay, or does he tell you he’s got this? If you’re at a house party, does he ask what you want to drink? And as he goes, does he introduce himself and try to get to know others?

8. You’ll get feedback from your close friends.

This is the best reason for having him meet your friends.

We are different people to different people, but if your friends share the same opinion that’s vastly different from yours, and it happens to be negative, maybe they’re seeing something you’re not.

So it’s often a good idea to get a second perspective on a potential boyfriend. How did they perceive him? What did they think of his conduct, language and actions toward them and toward you?

Everyone has been blinded by emotions dozens of times in their life. When this happens, it’s sometimes hard to see the major red flag or flags your close friends can see.

Listen to what they have to say and think about the comments, good or bad.

After all, if this is someone you are truly interested in, you’ll want to listen to people who know you well and proceed accordingly. And if they agree he’s a diamond in the rough, then you’ll know it without a doubt.

Ladies, what have you learned about a guy after introducing him to your friends? Have your friends ever disliked someone you’ve dated? 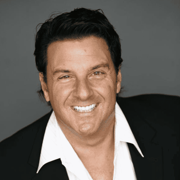 Buddy Up with Your Lover

What Can Women Learn About a Guy From His Friends?

Should You Listen to a Friend’s Dating Advice?