Are You Fishing for Men in the Wrong Pond?

I had lunch with a friend last week who was telling me about her latest round of dates. She felt the men she was meeting were all the same.

Either they were copies of each other (same background, same look, same personality, even down to driving the same car), or they were literally the same man (different dating site/same man. He’s certainly covering his bases!)

She was frustrated and wanted to break this cycle. I suggested to her that if she is always fishing in the same pond, she will always be catching the same fish.

Time to switch it up!

It’s like working out. After a while, your regular routine just doesn’t cut it anymore. You get bored. Your body gets complacent. You don’t see the results you once saw. The impact just isn’t there anymore.

It’s the same with dating. If the regular routine isn’t working for you anymore, then it just may be time to switch it up a bit.

Ask others what has worked for them. Get involved in new and different organizations where you can meet new people. Discover new hobbies. Step outside your comfort zone and try new things.

“It helps if you go in with the attitude

that you are just fishing for fun.”

I know you have heard this before.

But have you done anything about it? Have you really tried it and given it your best effort?

Or did you try one different pond outside of your usual routine, have a really bad time and decide never to do that again?

Intellectually, we all know this makes sense, but putting it into action can often be tougher.

I was laughing when I was out to dinner with a few single friends a few weeks ago and talk turned to dates – the good, the bad and the ugly. As the conversation went around, it turns out two of the women had gone out with the same guy. Kind of awkward!

They told me there weren’t enough ponds in our area. I call BS on that.

There are so many new ponds within your own bubble, but it is just a matter of learning to let go of what’s comfortable and taking your rod and reel to a new pond.

I also think it helps if you go in with the attitude that you are just fishing for fun, not with expectations that you are going to catch the biggest fish ever and win the whole fishing tournament. Happy fishing! 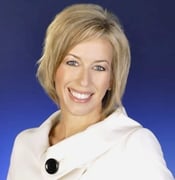 Author Monique A. Honaman wrote “The High Road Has Less Traffic: Honest Advice on the Path Through Love and Divorce” in response to a need for a book that provided honest, real and raw advice about how to survive and thrive through one of life’s toughest journeys. Her second book, “The High Road Has Less Traffic...and a Better View,” was released June 2013. Monique can be reached at Monique@HighRoadLessTraffic.com.

How to Find the Right People to Date

6 Relationship Tips After Having a Baby