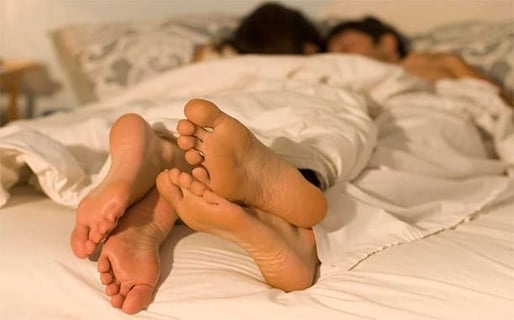 Can You Have Too Much Casual Sex?

Since the sexual revolution of the 1960s, casual sex has become more accepted. You might blame too many glasses of wine for that one-time romp with that guy from the bar, or you can simply say that sometimes genitals speak louder than the brain and risky sexual scenarios prevail.

Casual sex may have become culturally accepted but, according to researchers, too much sex isn’t a good thing.

Women are still victims of the double standard — the standard that gives men points for scoring with women and gives women demerit points.

While the vast majority of women no longer believe in the double standard, some women still subtly reinforce it by labeling other women “sluts” and “whores.”

A recent sociological study involving more than 19,000 college students revealed that nearly half of college students report that they judge men and women with similar sexual histories by the same standard and lose equal respect for members of both genders who they believe hook up too much.

In other words, most young adults stigmatize and judge the promiscuous behavior of their peers, even though they’re engaging in it themselves.

Lack of respect is just one of the consequences individuals face as a result of having too much casual sex. So while dating may lead to relationships, hooking up often leads to being labeled a “slut.”

“Too much casual sex will

take its toll on your reputation.”

The second issue with all this casual sex is that women have not adapted to the hookup culture yet.

A study by researchers at Durham University in the UK found that after women hooked up, they predominantly reported regret at having been “used.”

These women were also more likely to feel that they had let themselves down and were worried about the potential damage to their reputation if other people found out.

It’s clear that women are aware that judgments and lack of respect come with having casual sex, but we now know that many negative emotions are a result of an accidental one-night stand.

These women are on to something.

Renowned evolutionary psychologist David Buss and Martie Haselton found that the more previous sexual partners a man has, the more likely he is to quickly perceive diminished attractiveness in a woman after first intercourse.

Diminished attractiveness. So it appears that hooking up doesn’t leave men lingering for more, but rather it leaves them feeling less attraction toward a woman.

Maybe this is due to the double standard, or maybe it’s because men don’t comingle feelings of love and sex.

Bottom line is that too much casual sex will take its toll on your reputation, your emotions and your chances for finding a commitment-oriented mate.

And one of the biggest mistakes women make today is hoping that a hookup will evolve into a relationship.