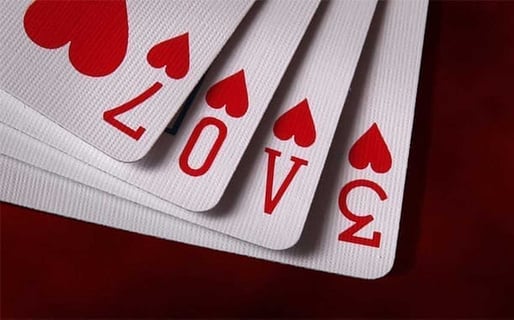 When women start dating new men, it might be appropriate to say, “Gentlemen, start your engines!” After all, the excitement of being with a new girl is certainly bound to get a guy a little revved up. Unfortunately, however, the battle cry we too often seem to get from you ladies is, “Let the games begin!”

It is normal to some extent to “feel out” your new partner or potential mate with some tests, trials and curveballs. But too many games can also be a sign of insecurity, a prima donna attitude or even an early power-grab to get the upper hand in the relationship.

Real relationships don’t thrive on gamesmanship, and it may even undermine your chances at a functional and enduring love affair.

Let’s look at some of the games women play, their possible consequences and better techniques to use.

The oldest ploy in the book is playing hard to get. There are effective ways and wrong ways to use this technique.

You made him prove that he had what it takes to stick around through rejection and ambivalence. But he competed well against your other suitors and now you’re dating him.

If you keep up the sarcasm and non-supportive jabs, you are likely to make the man believe that he will never be good enough for you in your mind.

Remember that men do have feelings, and they need to feel secure in a relationship, just as you do. Would you really want a man with no ego or self-esteem at all?

You might lose him or turn him into a wounded puppy that you just stop caring about. You can still have fun, but be sure to have some tender moments in which you build up his ego and validate his worthiness as your date.

As the woman, you have every right to determine the pace of the physical relationship and have no obligation whatsoever to indulge his desire to explore the wonderland of your body.

But you wouldn’t offer candy to a small child and then pull it away when he reaches for it. That’s immature, and maybe even dangerous.

Mixed signals are never good for a relationship. Good men are willing to wait until you’re ready to enjoy the physical pleasures, but they don’t want to be tantalized to the brink of ecstasy only to have their privileges revoked when they are knocking on the door.

If you are going to look like Jessica Rabbit, talk a good sexual game and use your hands freely beneath his belt buckle. He’s not going to be expecting you to turn into Snow White when he tries to reciprocate.

It’s fine to let him know that he drives you wild, as long as you don’t seem to be giving him permission for more than you are prepared to offer.

Unless you want to confuse him and leave him thinking you’re a flake, let him know where the line is drawn before he tries to cross it.

methods to train their men.”

3. Flirting with other guys.

You might make him jealous, or you might just make him mad. You wouldn’t be very thrilled if he was checking out every girl in the place and giving them each a big smile and pleasant greeting, and he’s not going to like it either.

If you want to let him know that he has work to do before you are really his girl, there are better ways.

He will see the way other guys look at you, and that will keep him on his toes. But your flirting is more likely to set him back on his heels.

It’s disrespectful and insulting to flirt in front of your date. He deserves your full attention.

But you could explain some brief wide-eyed innocent smiles by saying you were just being polite. It would have the same effect without the shamelessness and blow to his ego.

4. Making him your humble servant.

This is a game for divas and should never be used on guys you really care about. Some guys will jump through any hoops just to be near you, but these are the kind of guys you lose respect for fast and were probably just trying to humor in the first place.

He might go out on a goose chase once just to satisfy your whim for an ice cream cone. But only a fool will run your errands all the time, especially if you are just trying to see how far you can push him.

And if you’re going to ask him to get your tampons, you’d better be sick in bed with a fever of 103.

If you’re in a contest with a girlfriend for bragging rights over who can wrap a guy more tightly around her little finger, try it on chumps and not on “The One.” If you succeed in creating a fool, you will end up being the loser.

If you want to test your limits, let it for be something you really need. See if he will help your mother pick up her new sofa, help you pick out a new gas grill or hook up your DVR.

Dating games can be fun sometimes, but they have a big downside. They tend to make you treat all of your boyfriends the same, which means you will be repeating the same mistakes that contributed to the demise of previous relationships.

Big girls don’t use devious or disrespectful methods to test or train their men, and the really great guys are all looking for big girls.

Are Your Expectations Ruining Your Relationships?

The Difference Between Men’s and Women’s Sexuality [Video]

The #1 Way to Keep Him Interested and Wanting More [Video]