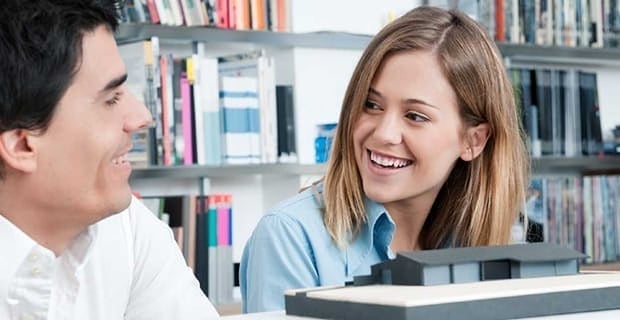 The question of whether or not a woman should ask a man out is very common. Of course, as believers in taking action, when one really wants something, our instinct answer for women is to go for it.

At the same time, it is important to factor in something extremely delicate with men:

One of the cornerstones and inspirations of our first book, titled “Men: 10 Secrets Every Woman Should Know From Two Guys That Do,” was to empower women in their communication with men.

Like we always preach to our clients (male and female), everything starts and stops with the woman.

If every single woman in America realized and embraced her power in relationships with the men in her life, it would be a totally different world.

Age-old double standards would dissipate, women could have casual sex without being judged or labeled, this dude nonsense of getting a phone number and waiting three days to call her would be laughable and so on.

This (unfortunately) is not the world we live in, and the question remains, “Is it appropriate for a woman to ask a guy out on a first date?”

There appears to be two divided schools amongst women on this question. We call them the chivalrous and the liberated views.

Let’s face it, there is a fair percentage of women out there who want the fairy tale. They want to be asked out. They want the romantic courting. They love the movie “Pretty Woman” and expect Richard Gere’s character (for all the guys out there, it’s Edward) to walk into their lives at any given time.

The ladies in this camp typically will not take the lead and ask a guy out, no matter the situation. In our personal research, we have noticed older women tend to enjoy the chivalrous approach to dating.

The ladies with the liberated view tend to be younger and/or more confident when it comes to taking the lead with men in the dating phase. Call it a generational difference or social evolution, but more and more women are aggressively taking advantage of dating resources like never before.

Whether it be online dating services or using social media tools, the liberated woman does not waste time and knows exactly what she wants. If she meets a guy she wants, she makes it known.

These chicks choose the movie “Thelma and Louise” over “Pretty Woman” any day of the week.

stops with the woman.”

Whether you fall in the chivalrous or liberated camp on this issue, just know you have to be willing to deal with the male ego.

We always believe if you want something or someone, go after it and do not just sit back and wait for things to happen. Remember dating can often be like a game or a dance, so play the game.

If you want to cater to the man’s ego, make yourself known to the guy. Flirting, sparking up conversation, eye contact, dropping subtle hints about your personal interests and just straight up being cool is always attractive to a guy.

Nearly all of the men we interviewed for our book love a woman who is cool and can hang with the guys. Women who come across bitchy or too cool for school are deemed unapproachable by men.

In preparation for this article, we asked some single guy friends their view on a woman asking them out on a first date, and several of them admitted it might be a turn-off for them because it might send a message the woman is very forward and/or aggressive. Most men will admit an aggressive woman is not their preferred choice.

We totally see the double standard in all of this, and it’s important to note the fragile ego guys have when it comes to dating and women.

We love to see forward and empowered women in our events, and we also coach them to learn how to adapt their behaviors so it comes across attractive and confident versus threatening to the male ego.

Something important to note:

There is a very small percentage of women out there we playfully call “45 and still single.” These are the women who are not adaptable and not coachable to the male ways. They thrive on being in control and doing things their way regardless of what society says.

We respect their viewpoints, and we also see their results — thus the name 45 and still single.

In conclusion, we recommend utilizing your skills to get the man to ask you out. He may think he is in control by asking you out first, but it was you and your power that enticed him to ask you out at the end of the day.

Remember perception is reality and getting him to perceive that he has the power is only his reality. Have some fun with it, and always remember everything starts and stops with the woman.

ASK Dan & Mike is the creation of authors and relationship experts Dan Lier and Mike Lindstrom. They host live events and appear regularly on national television as the authorities of how men and women communicate with each other. Follow them on Twitter, like them on Facebook, or visit their YouTube Channel.

How Men Really Want You to Dress on a Date

The Main Reason Why Women Scare Away Good Men

7 Ways to Stop Being the World’s Worst Girlfriend