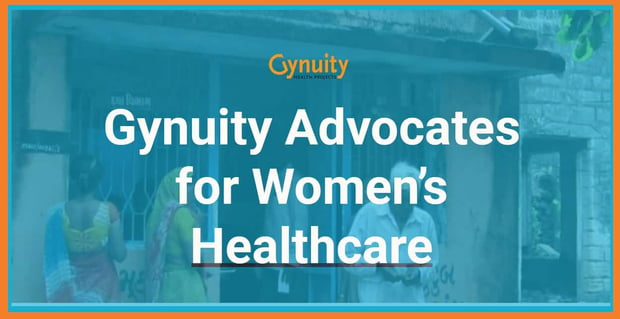 Gynuity Advocates for Safe and Effective Healthcare for Women

The Short Version: Access to safe and reliable reproductive and maternal care is a worldwide issue. Gynuity produces scientific research to provide solutions. Best known for its TelAbortion program which tested the safety and efficacy of direct-mail medical abortions, Gynuity is a resource for data, education, and advocacy in women’s healthcare.

In the United States, access to reproductive care is at the forefront of political controversy. Since the Supreme Court’s decision in Dobbs v. Women’s Health Organization, the legality of abortion in America has been at the states’ discretion. The decision and its resulting overturn of Roe v. Wade, which had been the established precedent on American abortion, has significantly affected national politics.

According to Pew Research Center, 56% of respondents believed abortion would be a very important issue for them in the 2022 midterm elections. Even those who don’t support abortion are frequently uncomfortable with the ruling out of concern that its interpretation of the 4th Amendment guaranteeing a right to privacy may extend to access to contraception and even the legality of same-sex or interracial marriage.

Many Americans feel anxiety about their continued right to abortion, contraceptives, and sex education. They may struggle to separate misinformation about women’s care from factual information or to know what is safe, legal, and long-lasting where they live.

Fortunately, organizations like Gynuity are working hard to inform the public of women’s reproductive and healthcare options, and research new and effective healthcare methods. Gynuity’s mission is to research, develop, and advocate for reproductive and maternal healthcare that is innovative, tested, and patient-focused. They are constantly coming up with new ways to find care for women that prioritize their needs and solve problems with existing methods.

In the United States and around the globe, women, transgender individuals, and nonbinary people face many barriers to reproductive and maternal care. Politics, funding, religion, and lack of resources often make it difficult for patients to get the care they need. Gynuity provides evidence to support treatment methods prioritizing women’s health, safety, and autonomy.

The FDA has approved medical abortions since 2000. But women seeking an abortion were required to take the first of two pills of mifepristone at a doctor’s office. For women unable to find a service provider to perform their abortion or who live in a state hostile to abortion rights, this could prevent them from successfully terminating a pregnancy.

While the laws regarding medical abortions now vary widely from state to state, the FDA officially allowed both pills required for a medical abortion to be taken at home, allowing for mailed pills. This decision was a significant step forward for abortion access and wouldn’t have been possible without Gynuity.

Gynuity pioneered telemedicine and the mailing of abortion pills in the US by conducting the TelAbortion project. The study, approved through an Investigational New Drug permission from the FDA, allowed Gynuity to test the use of mailing abortion pills before it officially became legal in the US. The evidence that Gynuity collected supported at-home access to mifepristone and ultimately helped influence the FDA’s decision to approve mailing pills.

“We have generated evidence that allows for expanded access to medication abortion by eliminating barriers,” Laura said. “We completed research to show that mifepristone and misoprostol could be self-administered safely and efficaciously at home, providing people with more options for their care. We have shown that using telemedicine and mailing pills is a feasible and safe strategy in the US. These small changes eliminate barriers to accessing timely, high-quality medication abortion care.”

Gynuity’s work has helped make convenient medical abortions safe, affordable, and legal for many women who wouldn’t otherwise have access to an abortion. While the scientific community has little influence over restrictive state law, the organization’s work has helped approve abortions at the Federal level.

While there are still extensive restrictions on mifepristone which the medical community — citing studies like TelAbortion — opposes, mailing pills may offer a future solution for women seeking abortion in states that restrict it.

Protecting Women in the US and Abroad

The Gynuity team has worked and researched on a wide variety of projects around the world. The organization collaborates with local partners and policymakers to research, help, and understand the communities they serve. Gynuity partners with national health departments, community-based organizations, hospital and clinic networks, and social marketing organizations. It also partners with universities, pharmaceutical entities, global norm-setting bodies, research organizations, and independent providers and advocates. Partnership is integral to Gynuity’s model so it can effectively support other change-makers.

Gynuity’s goal of bringing reproductive and maternal care to women worldwide requires the organization to understand the unique and varied concerns of women in different locations and from cultures. The team members at Gynuity pride themselves on having a person-centered model of care focused on bringing positive change and choices to individuals on a societal scale. It’s essential for the Gynuity team to listen to women so it can act in accordance with their needs.

The team at Gynuity is working on several projects to support reproductive and maternal care. In addition to researching the safety of abortion methods, Gynuity researches miscarriage, pregnancy and birth care, preeclampsia, and postpartum hemorrhage. The organization does work on reproductive health topics other than abortion. Its research seeks to understand women’s reproductive and maternal health issues and trial cost-effective and convenient ways to solve them.

Learn About What’s Best for You With Gynuity

The team at Gynuity understands the needs of women trying to protect themselves and control their bodies. Following the Dobbs decision, Laura suggests that American women reevaluate their current method of birth control. “It’s always worth considering whether your chosen method of birth control is right for your current circumstances,” she said. “Some people’s risk tolerance has shifted as a result of the overturning of Roe, and they may want the effectiveness of their birth control method to shift accordingly. For instance, someone in a state with restricted access to abortion might want to see whether a long-acting reversible contraceptive like an IUD might be a good choice.”

Navigating reproductive and maternal health as an American woman can be complicated. What once may have seemed like fear-mongering has become a reality. Many women are deleting their period-tracking apps out of fear that the data could be used against them should they be suspected of illegally terminating a pregnancy. Even legal reproductive care can be inconsistent, with doctors unsure of what could be held against them. American women need advocates, research-based solutions, and convenience in a rapidly changing political landscape.

Gynuity continues to do highly productive work as it increases women’s care and bodily autonomy worldwide. Still, the organization can only work within the confines of the law. Without the support and collaboration of policymakers, Gynuity can’t implement its research.

“I would advise people at this time to stand up, speak out, and vote,” Laura said. “Collective action will be necessary to protect our reproductive health.”