I Saw My First Uncircumcised Penis

Until a few months ago, all penises were, for the most part, the same to me. That is, until I met my last boyfriend, Luc, who it turned out wasn’t uncircumcised. He introduced me to a new game… where penises come in uniform!

Single and looking for a date? We’ve tested and reviewed tons of sites and found Match.com, with its free 3-day trial, to be your best option.

At 33, I saw my first uncircumcised penis, and I’m here to share with you what happened.

Luc and I had been dating a couple weeks and were taking things slow. After our first date, I learned he was born in England and moved around a lot as a child.

About a week into dating, I was home watching a rerun of “Sex and the City” on the Style Network (RIP) and saw the episode when Charlotte was dating a guy who was uncircumcised. I called my girlfriend immediately.

Me: “Oh my God. I’m now freaking out. I have a feeling Luc isn’t circumcised.”

Her: “So? It’s not really a big deal. Just think of it as a candy bar with a wrapper!”

Me:  Google uncircumcised penis and look at images. “Um, I’m sorry. Yes, it is.”

On our third date, we had an amazing dinner, a couple glasses of wine, and then came back to my place. Things got hot and heavy fast (OK, so we weren’t taking it THAT slow). We had great physical chemistry.

you’ll get over it pretty quick!”

Then His Pants Came Off…

Me: I’m sure I looked like a deer in headlights – stunned as I saw my first uncircumcised penis in real life. Please note: I also had about four glasses of wine and was on the honest/drunk train. “Oh, um…”

Me: “Nothing at all. I just have never seen an uncircumcised penis before, and I need to take this all in.”

Me: “Yes, that is true. I dunno. I guess I have never dated anyone foreign, and all of my ex-boyfriends were circumcised. I just don’t really know what to do with it.” I swear to God this is exactly how the conversation went — me topless, him naked and now soft.

Him: Now laughing, yet obviously annoyed at my 14-year-old behavior, “Okaaay, then.”

Me: Shirt back on and crawling into an embarrassing hole of despair.

I have to give Luc credit. What if he said to me he didn’t want to go down on me because my labia were too big or too small or my boobs felt weird? I would have DIED.

On our next date, we went out to a bar for a birthday party with a bunch of my friends. Tonight was the night. I was going to get wasted and confront his penis like a big girl.

Ladies, if this is your first time with an uncircumcised penis, I recommend you have a little liquid courage beforehand. If you don’t drink, just make sure he is HARD before you go in full throttle.

We got home from the party, both pretty toasted, and just did what felt right. Luc was right… an uncircumcised penis really is the same thing as a circumcised penis. It’s just if you’re not used to it, it can be a bit scary at first.

A Couple of Things I Learned

So I have a few takeaways to share with women dating someone with an uncircumcised penis: 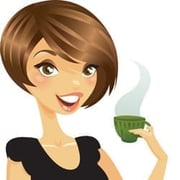 Emily Macintosh is a 30-something professional executive and online dater living in Los Angeles. She loves "Catfish," "The Mindy Project," spinning and wine. Even after all of her crazy dates, she still believes Mr. Right is out there. In the meantime, she lives by the mantra, "If you're going to be a mess, you might as well be a hot one."

Why Men Won’t Cuddle After Sex

How to Play Sexual Baseball

How Long Should You Wait Before Having Sex?

Can You Have Too Much Casual Sex?

How to Overcome a Fear of Intimacy