The universal rule in matchmaking that should be applied to dating is there is no universal rule – no one-size-fits-all imperative that is relevant to each unique individual.

Everyone inside or outside of a dating service should be given their fair shot, but it takes a methodical, organic unveiling in due time to really understand someone you are dating.

One caveat to this rule, however, is if you are in the terrible, time-consuming, wasteful cycle of dating boys – physically grown “men” with real jobs, hair on their chests, solid incomes and even their own homes.

These men are so fervently cautioned to single women everywhere by matchmakers and relationship experts alike because they are simply just Peter Pans.

They are products of the male gender who look, act, work and sound like real men but are just playboys in disguise who will never, ever, (I repeat) EVER be willing or ready to settle down.

No, you will not be any “different” from the women in the past who have tried effortlessly to tame him – only to end up surrounded by pieces of a broken heart.

As someone who sizes up people’s commitment levels for a living as a professional matchmaker, I can tell you a thing or two about this psychological syndrome coined by experts as PPS (Peter Pan Syndrome).

More of these men exist than ever before.

Apparently there are many cases of this phenomenon of emotionally stunted individuals arising in the Western world more so than ever before.

According to an article on beaumontpsych.com, PPS describes men who are childlike in their relationships, their ability to handle responsibilities and their pursuit of pleasure.

The article reads, “He’s a man because of his age, a child because of his acts. The man wants your love, the child your pity. The man yearns to be close, the child is afraid to be touched. If you look past his pride, you’ll see his vulnerability. If you defy his boldness, you’ll feel his fear.”

“A real man will not go running in the

opposite direction at talk of a future.”

You’re dating a boy if…

If you have ever dated someone who you just couldn’t quite connect with on a deeper level other than the physical, you were probably dating a boy.

Guys with these characteristics appear to be emotionally stunted at an adolescent level. They balk at the thought of a future with one person and speak of marriage in a negative, sardonic manner.

They may be “open” to having children of their own but would be just as fine without them.

Their impulses take priority over any internalized sense of right and wrong. Ultimately, they lead you down a path that only shadows their own selfish desires, wasting your good years en route.

You’re dating a man if…

A real man will not go running in the opposite direction at talk of a future and/or a family once you two have been dating exclusively.

He will not engage in puerile pipe dreams. Instead, he will plan a secure, meaningful and stable future with yours in mind. He will pursue you, court you, show interest and not be afraid to allow you into his life.

He will not avoid confrontation with cowardice, but he will face any problems in the relationship head on. He will endure the challenges all relationships encounter.

Most importantly, he will be wise enough to claim you as his own and never let you go.

And that is the difference between a boy and a man.

Have you ever dated a man with Peter Pan Syndrome? How did you handle it? I’d love to hear your stories. 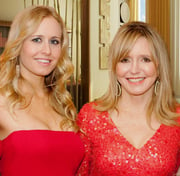 Renowned matchmaker and singles columnist Sherri Murphy is the owner of Elite Connections and she knows matchmaking works! Sherri runs a private matchmaking agency established in 1994 and gives dating advice on a daily basis. Her co-author Shena Schmidt is also a well-known LA matchmaker.

The Main Reason Why Women Scare Away Good Men

5 Things Confident Daters Do (That You Should Too)